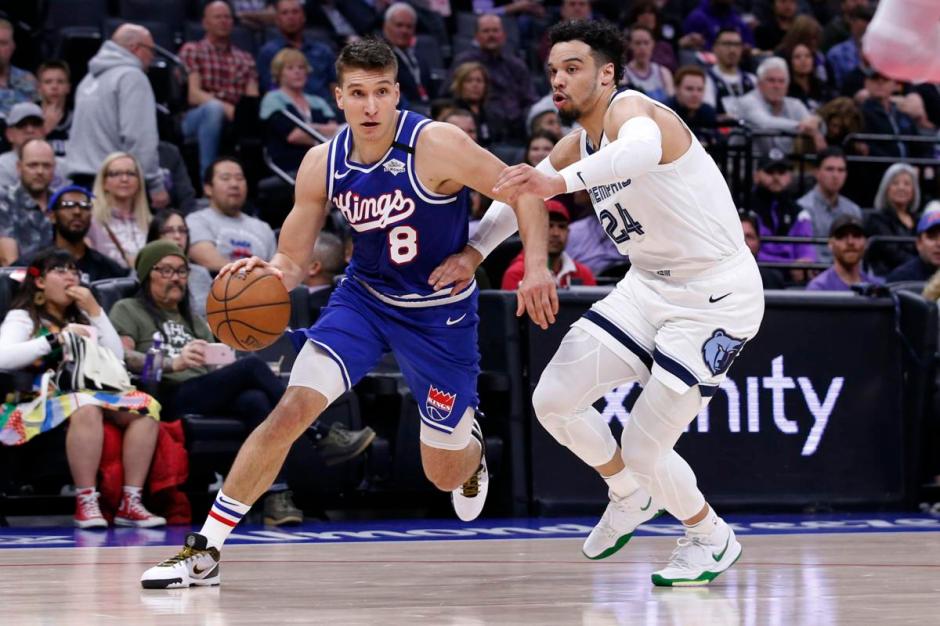 SACRAMENTO–The Kings might not be in position to catch the Grizzlies for the coveted, franchise-changing eighth spot in the Western Conference playoffs.

Along similar lines–and relevant to Thursday night’s post-All Star intro–rookie of the year candidate Ja Morant might not be ready to surpass Kings’ third-year guard De’Aaron Fox either.

The head-to-head matchup of future All-Star point guards went to decisively to Fox, who put up 26 points, four assists in leading the Kings to a 129-125 win over Memphis that turned into a nail biter in the final minutes. The reason for the late rush and the close finish? Morant had his hands on that with 15 of his 19 points in the fourth quarter, but ultimately Fox’s defense and Morant’s turnovers (5) swung the outcome for Sacramento.

“Every game is a must-win and (we) have to play each game like our back is against the wall if we want to make things interesting, and we can,” Buddy Hield said.

The win pulled the Kings within six games of Memphis with 27 contests remaining in the regular season. Complicating matters, and increasing the odds of a Kings’ resurgence is the presence of the Blazers, Spurs and Pelicans with records slightly better than the Kings. But when you’ve missed the playoffs for 14 years and running, you scratch and claw until your time runs out.

The Kings overcame a huge, size disparity against the Grizzlies with superior shooting and fewer mistakes. Sacramento was outrebounded 51-27 as they again were without Marvin Bagley and Richaun Holmes, as well as Dewayne Dedmon, who was traded to Atlanta. Harrison Barnes aided in the process with 32 points, including seven made 3-pointers, as well as Kent Bazemore, who contributed 18 points, but only needed 10 shots to get there.

With Barnes and Bazemore giving the Kings an early advantage, their defensive strategy to fall back into the paint and challenge Memphis’ shooters to make shots played out perfectly as starting guards Morant and Dillon Brooks missed all seven of their shots from distance, allowing the Kings to grab a 37-35 advantage after one quarter, which they built on by scoring the first nine points of the second.

But in a game of runs and swings, the Grizzlies got back into behind reserve guards De’Anthony Melton (24 points), Tyus Jones and Josh Jackson. Hield spearheaded Sacramento’s bench with 20 points, but the Kings were hampered by Jabari Parker’s debut, in which he appeared out of shape, no doubt a product of the former Duke player having played in just one game since Christmas.

The Kings are expected to give Parker and Alex Len–players acquired in the deadline deals–a look, but won’t hesitate to move on from either player. Len was unavailable Thursday, but could play as early as Saturday in Los Angeles against the Clippers.