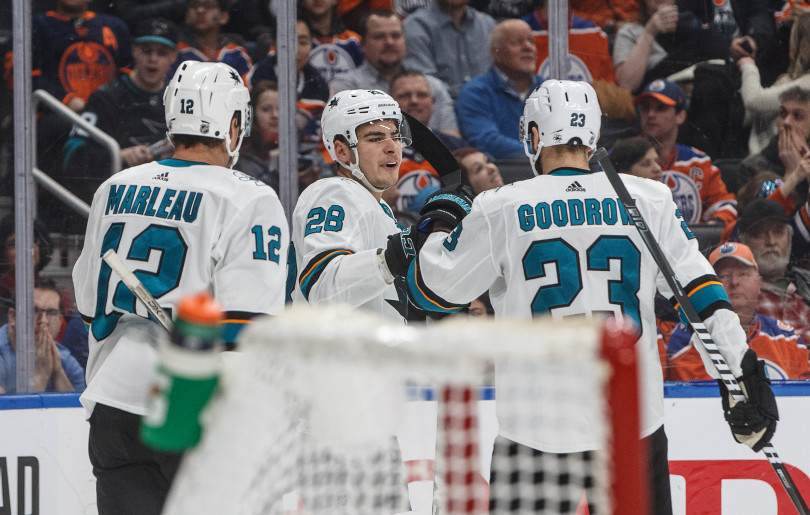 #2 The Sharks got two goals from Timo Meier, Meier which help pave for the win inspite of some of the troubles that the Sharks have gone through Meier has stayed consistent

#4 The Oilers did open up the game with two goals and it looked like the Sharks were back to their old ways again but got inspired when they cashed in for two goals to come away in the first period with a 2-2 tie.

#5 The Sharks face Calgary again as they both met last Tuesday night, the Flames are coming off a tough 3-2 loss to the Florida Panthers Mary tells us how she sees the match up for the Flames and Sharks on Monday night

Join Mary Lisa each Saturday for the Sharks podcasts at http://www.sportsradioservice.com