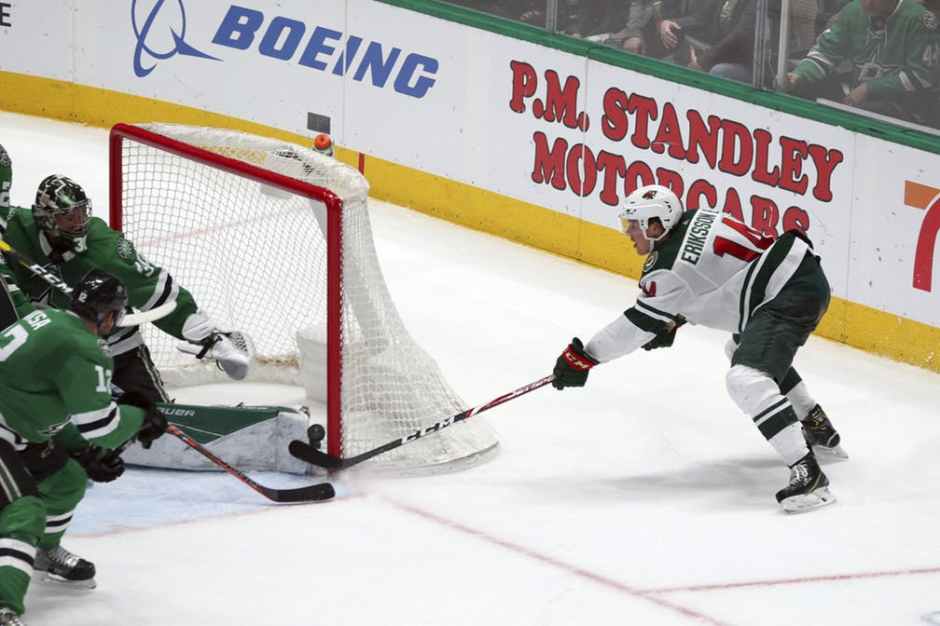 photo from the startribune.com: The Minnesota Wild’s Joel Eriksson Ek gets a wrap around goal against the Dallas Stars on Friday night at 27 seconds left in the game

#2 The Toronto Maple Leafs got scoring help from John Tavares who scored twice. The second coming in the overtime stanza at 4:53. The Leafs Austin Matthews picked up a goal his 40th goal of the season in the Leafs 5-4 win over the Anaheim Ducks.

#5 Will the San Jose Sharks be able to move Brenden Dillion. NHL teams are measuring his trade value how valuable is he to a team and what will the Sharks expect for him?