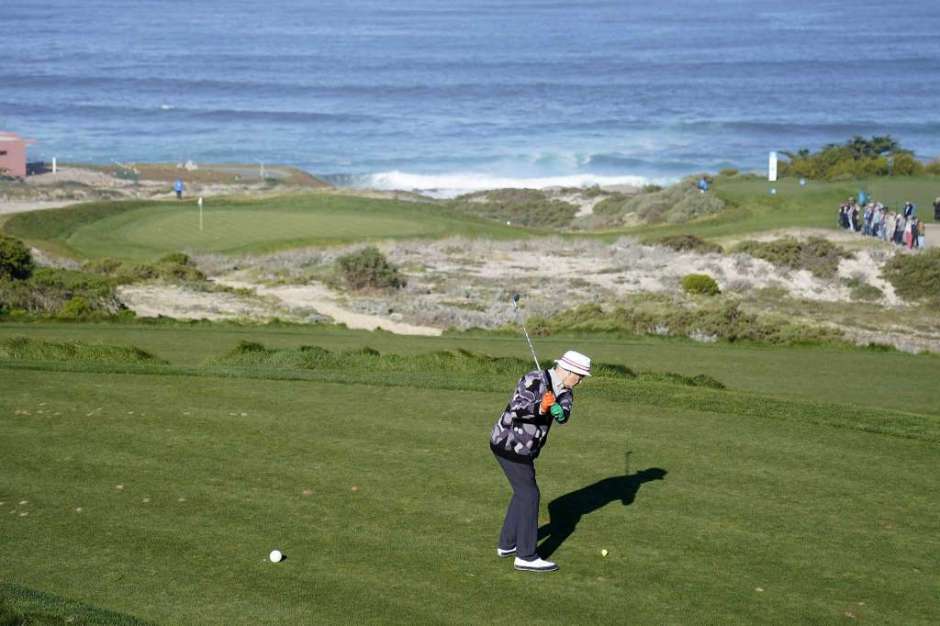 photo from sfgate.com: Comedian Bill Murray takes a cut on the green at the AT&T Pebble Beach Pro Am on Thu Feb 6, 2020

#1 The AT&T at Pebble Beach Pro Am is under way and fan favorite Phil Mickelson is there. Mickelson won last year’s tournament by three shots.

#3 Talk about some of the San Francisco Giants pitchers vying for a spot in the rotation to name a few, Johnny Cueto, Jeff Samardzija, Shaun Anderson, Tyler Beade, Derek Rodriguez, and Aaron Saurez.

#5 The Sacramento Kings host a very talented Miami Heat team on Friday night at Golden One Center in Sacramento. The Kings are coming off a big win against the Minnesota Timberwolves.

London does Headline Sports each Friday at http://www.sportsradioservice.com