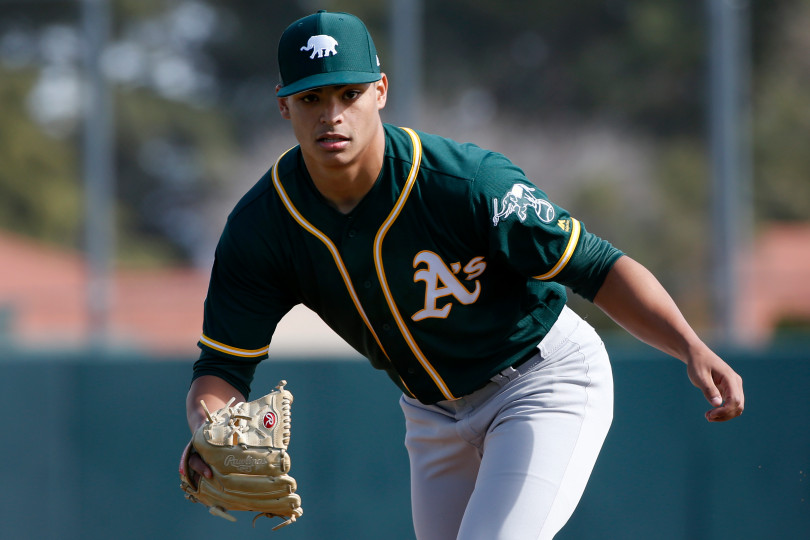 2020 State of the Athletics: Armed and Dangerous

OAKLAND–The Houston Astros will be picked favorite to repeat and win the American League West for the fourth consecutive year. The Oakland A’s have finished in second place during the past two seasons when they ended with identical 97-65 record.

The best one-two pitchers in the American League last season were Justin Verlander who won 21 games and the Cy Young Award and Gerrit Cole who won 20 games. However,Cole, the top free agent in the market left for the New York Yankees who signed him to a $324 million contract, the fourth largest deal in MLB history.

To the Athletics advantage,they will not have to face Cole that many times,since he is now in the AL East. That by itself could be worth three to four games in the standings. The Astros will be lingering from the biggest scandal in baseball the sign-stealing scandal,which cost the jobs of their field Manager and General Manager.

The Astros will be busy fielding all kinds of questions beginning next week when they open their Spring Training in West Palm Beach,Florida. That would be the busiest Spring Training in baseball this year,since the Astros share that same facility with the World Champions Washington Nationals.

The A’s pitchers and catchers will land next week in Mesa,Arizona and their young pitching staff is definitely Armed and Dangerous.Their main starters are here by age, youngest to oldest: Jesús Luzardo,  Frankie Montas(22)  A.J Puk (24) Sean Manaea(27) and Mike Fiers(34).

This is indeed a formidable bunch of pitchers; Luzardo,Montas and Puk all power pitchers with fastball scratching the 100 mph on the radar. Either Mike Fiers or Sean Manaea (one of the two) most likely will be announced by A’s manager Bob Melvin as the Opening Day pitcher, for Thursday afternoon the 26 of March at the Oakland Coliseum.During this first homestand for the Athletics, the Houston Astros will follow the Twins to Oakland, presenting a delightful early season match-up between the A’s and the Dusty Baker Houston Astros.

This Athletics rotation will the potential to match and even better the Houston Astros,the team they will probably have to beat,to win their division. Not to forget the Rangers and Angels both much improved during this off-season,but there is little doubt who the A’s will have to beat, to forget “about a One-Game wild card playoff, and try to win the division affording them a better chance to go deep into the postseason.”

These pitchers will have the support of one of the youngest and most talented teams in the game. The A’S in 2019, were one of the best hitting teams in baseball. Among all MLB teams, A’s ranked #5 in Home Runs with 257, #9 in Runs Batted In with 800. Their pitching staff had the 6th best Earned Run Average with 3.97.

Bob Melvin’s young ball-club will also have excellent defensive support for that young and powerful pitching staff. Among all 30 clubs in MLB the Athletics finished #4 in fielding with a .986 percentage. Only St Louis,Kansas City and Houston had better defensive numbers than the A’s.

A’s won Gold Gloves at first base with Matt Olson and third base with Matt Chapman,with a most improved Marcus Semien at shortstop who comes out of this best season,finishing third in the very much coveted MVP,behind Mike Trout of the Angels and Alex Bregman of the Astros.

As Spring Training begins next week I will have more analysis of this young and very exciting team. But there is little doubt in my mind(injuries are the wild card)this is one of the best and youngest pitching staffs in all of baseball. More to come.

Amaury Pi Gonzalez is the Spanish play by play voice for the Oakland A’s with broadcast partner Manolo Hernandez-Douen on KIQI 1010 San Francisco and does News and Commentary at http://www.sportsradioservice.com