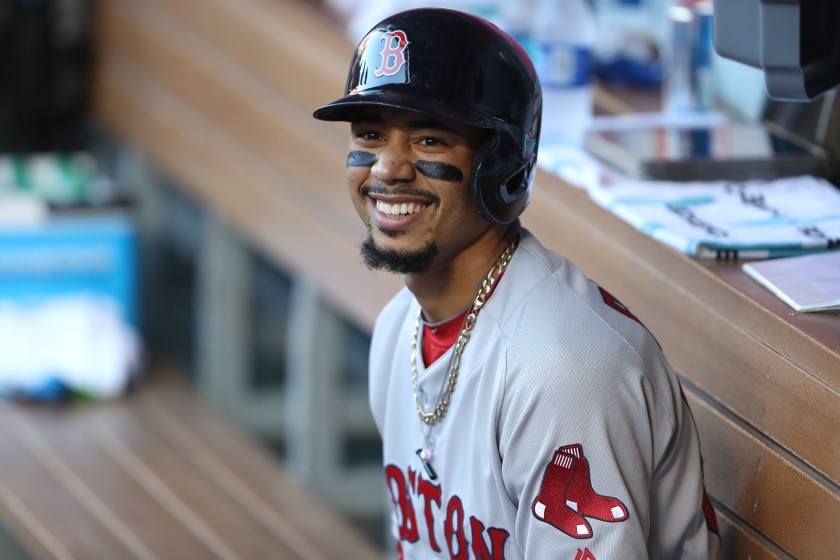 photo from latimes.com: The Boston Red Sox Mookie Betts is on the bargaining table to be dealt to the Los Angeles Dodgers

#1 Amaury how important is Yasmani Grandal’s role at catcher going to be for the Chicago White Sox he’s on a four year $73 million contract with the Sox.

#2 How serious is are the Dodgers in acquiring the Boston Red Sox Mookie Betts and talk about how he would impact the team.

#3 The Seattle Mariners signed Marco Gonzalez, Gonzalez will be under contract with the Mariners for under $1 million for 2020-2024 but his contract is reportedly worth $30-45 million for four years.

#4 You had a chance to sit with Frankie Montas pitcher of the Oakland A’s during Fan Fest how far has Montas put his PED suspension in the review mirror.

Join Amaury Pi Gonzalez for News and Commentary podcasts each Tuesday at http://www.sportsradioservice.com