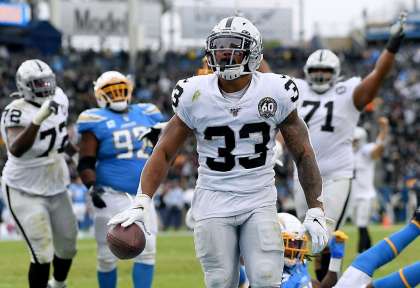 On the Raiders podcast with J Hawkes:

#1 The Oakland Raiders  are coming off a victory against the Los Angeles Chargers last Sunday it was a hairline victory for the Raiders who got a winning field goal from kicker Daniel Carlson in the closing moments of the fourth quarter.

#2 The Raiders who lost four straight games until the game in Los Angeles what did the Raiders do differently from the last four games which they lost.

#4 The Raiders will depend on their receivers in this one wide receiver Hunter Renfrow last Sunday tallied seven receptions for 107 yards and one touchdown.

Join J Hawkes for the Raiders podcasts each Friday at http://www.sportsradioservice.com