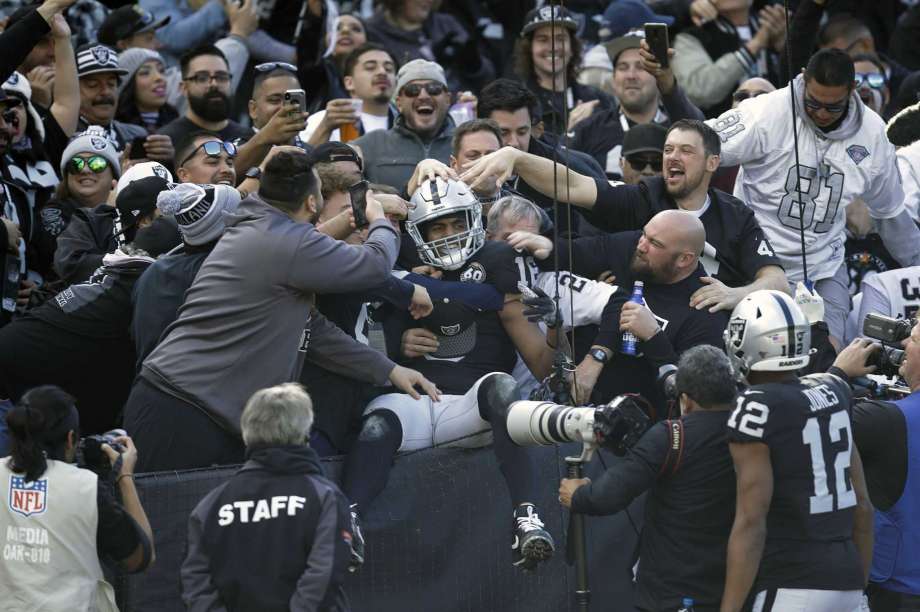 photo from sfgate.com: Oakland Raiders wide receiver Tyrell Williams is mobbed by fans after scoring a touchdown during the first half of an NFL football game against the Jacksonville Jaguars in Oakland, Calif., Sunday, Dec. 15, 2019.

OAKLAND — Sunday, December 15,2019. A date which will live in infamy for Oakland Raiders fans. Raiders lost their last ever game at the Oakland Coliseum 20-16 to the Jacksonville Jaguars.

Legendary comedian Bob Hope theme song for decades on radio and television shows and many trips to USO war zones from WWII. to Korea, Vietnam to some of the recent middle-eastern wars was titled “Thanks for the Memory”. It is easy to apply the same melody, but with these lyrics that I have composed solely for the occasion. For those of you that might not know the song, I suggest you listen to it first.

Amaury Pi-Gonzalez is the Spanish radio voice of Oakland A’s baseball and does News and Commentary each week at http://www.sportsradioservice.com