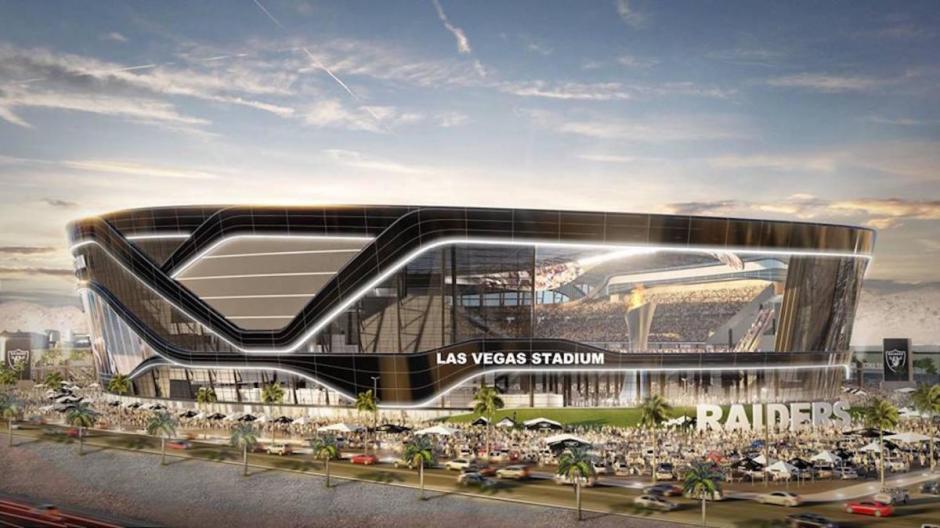 cbssports.com illustration: Artists rendering of the future home of the Las Vegas Raiders located on the strip. The new stadium is expected to be ready by 2020.

OAKLAND — This Sunday, the 15th of December 2019, the Oakland Raiders will play their last home game at the Oakland Coliseum after 60 years and three Super Bowl titles, 1977 and 1981 in Oakland at the Oakland Coliseum and 1984 in Los Angeles as LA Raiders. No more tailgate parties, no more Black Hole fans with the spiked painted hair, the Gothic look and the colorful fan base. After this Sunday, the Bay Area is going to be a 49ers world when it comes to the NFL. It you want to watch an NFL game, you must go to Levi’s Stadium in Santa Clara.

I covered the 1981 Superbowl when the Raiders and the Eagles traveled to the New Orleans Super Dome, now the Mercedes-Benz Super Dome, home of the New Orleans Saints. Great memories of the great city of New Orleans during that Super Bowl,the food,the people,the music,the total ambiance of that huge place right there in the middle of the city,when New Orleans was thriving, years prior to the category 5 Katrina hurricane who devastated this great historic city. After Katrina over 200,000 people left New Orleans, but since then, the “Birthplace of Jazz”has made a comeback.

The 1981 Super Bowl champion Oakland Raiders featured popular players such as Cliff Branch, Raymond Chester, Howie Long, Art Shell, Gene Upshaw and Jim Plunkett as a quarterback — not too shabby. They took it to the Philadelphia Eagles and defeated them 27-10. There are great memories of this team that always reflected the blue-collar workers of the East Bay.

With all respect to all the players who suited up in the Silver and Black for many decades, the central figure of the history of this franchise was Mr.Al Davis — the controversial outspoken and brash Al Davis. One-of-a-kind, he was a Coach, General Manager and Owner and the man that coined the phrase “Just Win Baby”. He was inducted into the Football Hall of Fame in 1982. There has been nobody like him in the NFL, and probably never will.

We have the memories of this great franchise in the Bay Area with a solid fan base for many years, even after Mr.Davis moved his team to Los Angeles. Many fans traveled there for their home games. The loyalty of Raiders fans is notorious. Some called it a “cult”. Whatever the Raiders have, it worked in Oakland. Their crowds and tailgates who where all about beer, nachos and ribs, not cheese, wine and quiche like other teams. They represented thousands and thousands of hard-working people all over the east bay.

Sunday, the Raiders will host the Jacksonville Jaguars in the historic last game at Oakland before they play the last two games on the road and open the 2020-21 season at a new city, a new facility and a new name at Allegiant Stadium (65,000) in Las Vegas as the Las Vegas Raiders.

Whatever you think about the Raiders (love them or hate them), they will be missed. The City of Oakland will miss the revenue the Raiders generated, as they are running out of teams with the departure of the Warriors and the A’s situation as of today. Honestly, it is like the territory of the Twilight Zone.

Amaury Pi-Gonzalez is the Spanish radio play-by-play announcer for the Oakland A’s, the vice president of the Major League Baseball Hispanic Heritage Museum, and does News and Commentary at http://www.sportsradioservice.com each week.