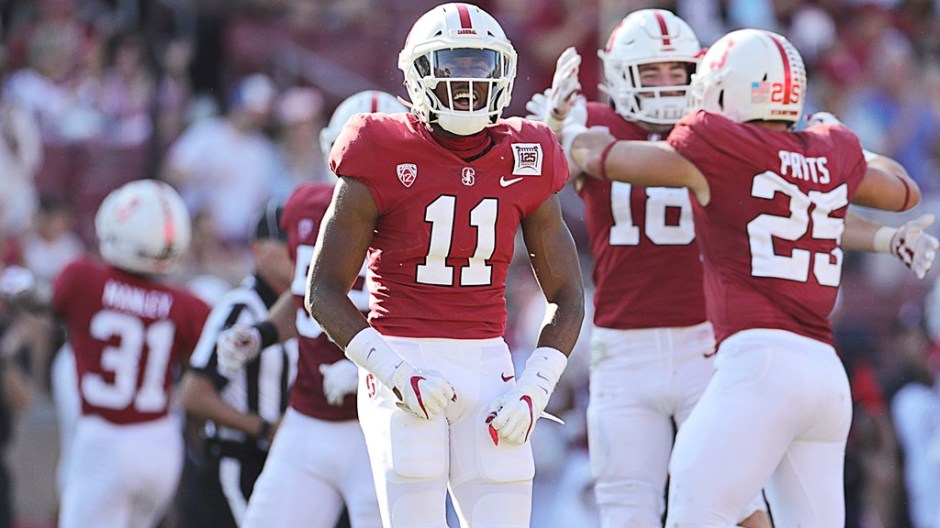 Parkinson, a captain and semifinalist for the John Mackey Award, made 48 catches for 589 yards and a touchdown. He averaged 12.3 yards per reception and started every Cardinal game at tight end and threw for a touchdown. He was targeted 88 times this season, third-most among tight ends nationally, and did not have a drop.

Toohill, a Cardinal captain, finished the season with 60 tackles while leading the team with 11.5 tackles for loss and eight sacks. According to Pro Football Focus, his eight sacks were tied for fourth nationally among outside linebackers in a 3-4 system, while his 10 quarterback hits were eighth and his 19 quarterback hurries were 18th.

Robinson, in his first season at inside linebacker, finished second on the team with 64 tackles. He added three tackles for loss and two sacks to go along with three pass breakups, two quarterback hurries and two forced fumbles.

Sarell, like Dalman, was an integral part in the offensive line leadership this season. He started 11 of 12 games at right tackle, playing alongside three true freshmen for the final six games of the season.

Wedington averaged 28.1 yards per kick return this season, totaling 590 yards on 21 returns. He also added 51 receptions for 506 yards and a touchdown this season.