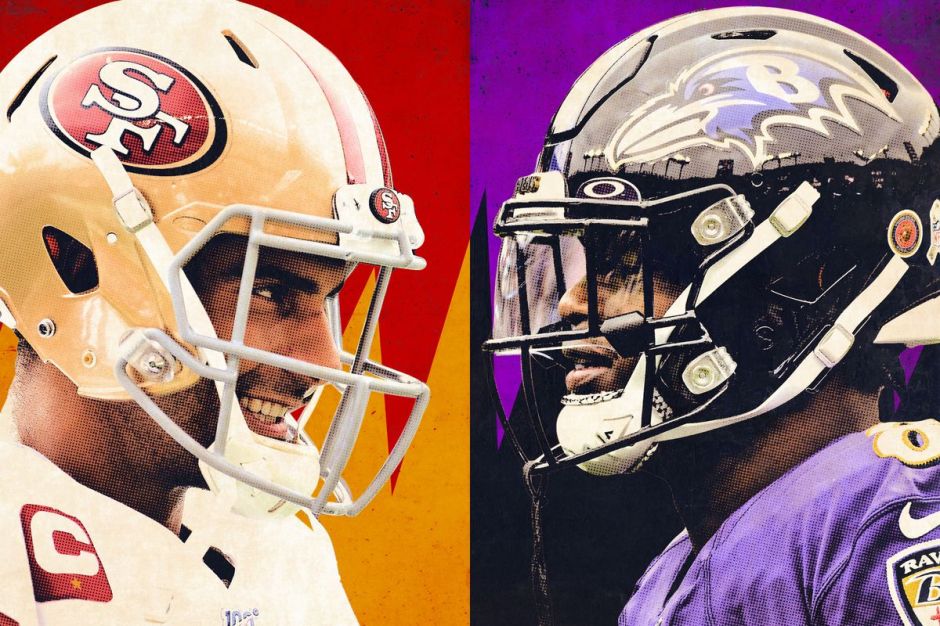 The Niners continue to pass every test sent their way with flying colors, but Sunday’s will no doubt be their toughest one yet. Flying cross-country to take on MVP front-runner Lamar Jackson and the 9-2 Ravens for a 10 a.m. kick-off will reveal how elite this team is.

Baltimore looks like a runaway freight train with Jackson at the helm, winners of seven-straight. The NFL hasn’t seen a quarterback as electric as Jackson since Mike Vick. Jackson is currently on pace to crush Vick’s single-season rushing yards record. Containing him will be San Francisco’s top priority.

His ability to both run and pass makes him a nightmare matchup. He’s averaging nearly 80 yards per game on the ground at a staggering 7.1 yards per attempt. Not only can he gash on the ground, but he can tear it up through the air. Jackson has 23 passing touchdowns, one behind the league lead, while throwing for 2,427 yards. He’s only thrown five interceptions and been sacked 20 times. He’s simply not making many mistakes this season.

San Francisco’s elite defense will be put to the test. The Niners lead the league in getting to the quarterback on 13.33% of all plays, but their front four won’t be able to pin their ears back and rush the quarterback. Robert Saleh will need to be more conservative on the edge, making sure to contain Jackson as much as possible. The Niners have the top pass defense in the league, giving up only 136 yards per game. However, they struggle on the ground, giving up 111 yards per game, good enough for 19th in the league.

Jackson isn’t the first scrambling QB they’ve faced so far; he’s just the best. Kyler Murray gave the Niners a bit of difficulty in the two wins over the Cardinals. Throwing for 391 yards, four touchdowns, no interceptions, he kept the Cardinals within striking distance in both games. The Niners did an excellent job of keeping him from running all over, averaging 60 rush yards per game. They also tallied seven sacks.

Kyler gives a similar taste as to what the red and gold might do to contain the scrambling quarterback. But comparing a rookie to the MVP front-runner makes the challenge much more difficult. However, San Francisco is forcing the second-worst opponent passer rating in the NFL at 72.7.

Jackson has been doing an excellent job of spreading the ball around; five receivers have at least 20 receptions. But Mark Andrews and rookie, Hollywood Brown have been his top two targets, combining for 85 receptions, 1,162 yards, and 12 touchdowns.

Baltimore might be the only team more complete than the Niners and will provide a pivotal test as this team eyes a long playoff run. It’s just a shame that it’s not a primetime game for the nation to witness.