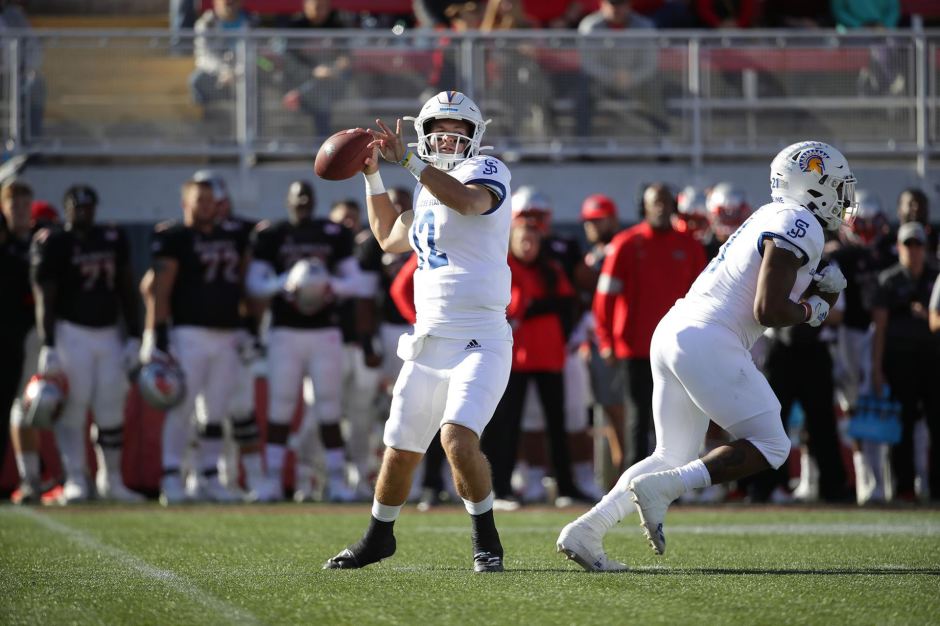 SAN JOSE, Calif. — The San Jose State football team hasn’t seized the Valley Trophy since 2016. Can the Spartans snap the Fresno State Bulldogs’ two-game win streak in the fierce Mountain West rivalry this Saturday? We don’t know, but we can tell you what you need to know about Saturday’s matchup.

SAN JOSE STATE RECORD
4-7, 1-6 Mountain West. Most recently, the Spartans lost at UNLV, 42-40, on Nov. 23 in a MW game. SJSU seeks to end a three-game losing streak and finish a season with a victory for the fourth time in five seasons.

The San Jose State vs. Fresno State broadcast with Allegri and Richardson calling the action also will be carried on www.siriusxm.com Channel 976.

SERIES HISTORY
Fresno State leads the series, 42-37-3, in a series that began in 1921. The Spartans have faced the Bulldogs more times than any other opponent and vice versa.

Fresno State has won the last two meetings between these teams including a 31-13 victory last year in Fresno. SJSU’s last win in the series was a 16-14 triumph in Fresno to conclude the 2016 season.

Since 2013, the teams have played for the Valley Trophy signifying SJSU’s representation of the metropolitan, high-tech Silicon Valley and Fresno State representing the agricultural-rich San Joaquin Valley. Each team has kept the oversized Valley Trophy for three seasons.

The 83rd meeting between these teams also is the first time since 2008 the teams are concluding a regular season on ESPN2.

REGULAR SEASON FINALE
SJSU is 5-5 in its last 10 regular season finales. The last time the Spartans finished the regular season with a win was a 20-17 victory over Wyoming in 2017 inside CEFCU Stadium.

SENIOR NIGHT
For SJSU, 18 seniors are expected to participate in Senior Night pregame activities. Eleven of the 18 can be considered starting players. Five of the 18, tight end Brett Foley, punter Alex Galland, defensive back Chandler Hawkins, and offensive linemen Deano Motes and Quinn Oseland are pursuing master’s degrees. The 2019 senior class is the largest in Brent Brennan’s three seasons as the Spartans’ head coach.

POINTS GALORE
SJSU has scored 344 points in its first 11 games. The current point total is the most by the Spartans in a season since 2015 when the team won the AutoNation Cure Bowl in a 13-game season scoring 363 points.

The last season SJSU scored at least 344 points in a 12-game regular season was in 2013 when the team scored 389 points.

In its football history dating back to 1893, SJSU hasn’t scored 30 or more points nine times in one season.

JOSH LOVE
With a late-season surge, Spartans quarterback Josh Love made his way into the MW’s top-10 in several categories.