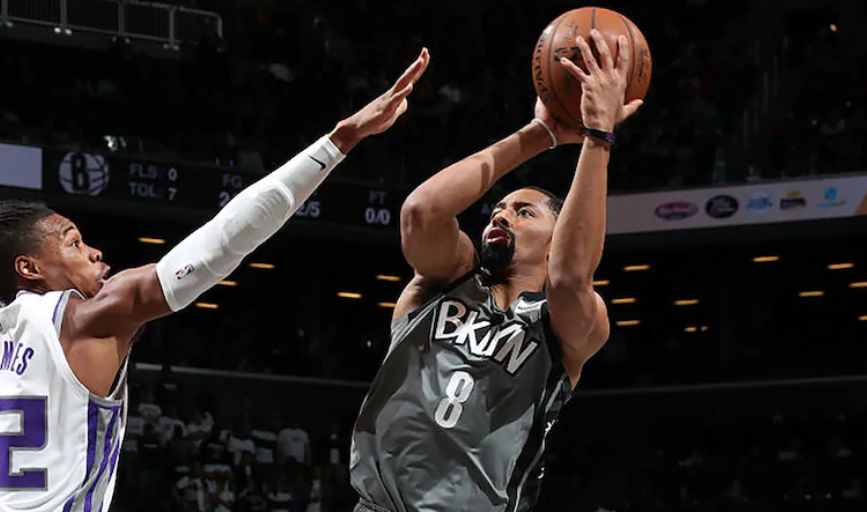 BROOKLYN — The Sacramento Kings had a “tough night” and beginning to their four-game road trip on Friday night as they played short-handed and lost 116-97 to the Brooklyn Nets.

Both teams struggled with offense to start at Barclays Center, but Garrett Temple hit a triple to give the Nets a lead—that lasted the entire game except for one tie with a few minutes remaining in the first quarter. Brooklyn lead by as many as 22 points. Sacramento was only 4-26 from the three-point line.

“Tough night for us,” Kings head coach Luke Walton said. “If you’re a 3-point shooting team and you shoot 15 percent, you’re not going to win a lot of games. Where we have to be better at are things that we can control.” The Kings could not control the number of injuries that have plagued the team. They played without Bogdan Bogdanovic due to left hamstring tightness, in addition to Marvin Bagley and De’Aaron Fox who have been out with injuries.

Buddy Hield, who tried to step up in his teammates’ absence, had similar words to Walton about their performance: “It was a tough night.”

“When we have extra guys that can make shots it’s a little easier, but missing Bogie didn’t help us for sure,” Hield said. “It’s always ‘next man up’ mentality and we had to come out here and play. They did a good job. they made some shots and made some good plays.” The Kings trailed 26-23 after the first quarter and stayed in the game in the second, trailing 56-49 at the half. Rookie Justin James scored 4 points in 13 minutes played in the first half.

“I felt good out there—I was playing my game. I had a lot of mishaps defensively that I’m not too happy about but coach called on my number and I was ready to play,” James said. “Bogie was down tonight so I tried to come up and play the best that I can.” The game ran away from them in the Kings in third. The Nets began 4-4 and a 10-2 run led Walton to call a timeout. The Kings finished the quarter down 86-70. Sacramento’s bench players came out in the fourth quarter and the Kings fell to a 6-8 record.

The Nets won on rebounds 48-33, while the Kings beat them on assists 26-22 and had 16 turnovers, two fewer than the Nets. The Nets dominated on three’s, scoring 12.

“Brooklyn executed it well tonight and for whatever reason we didn’t do a good enough job of creating looks,” Walton said. “When we did get good looks, we just didn’t knock them down.” Brooklyn was without injured stars Kyrie Irving and Kevin Durant.

The Kings continue their east coast road trip on Sunday facing the Washington Wizards. Tipoff is at 3 p.m.