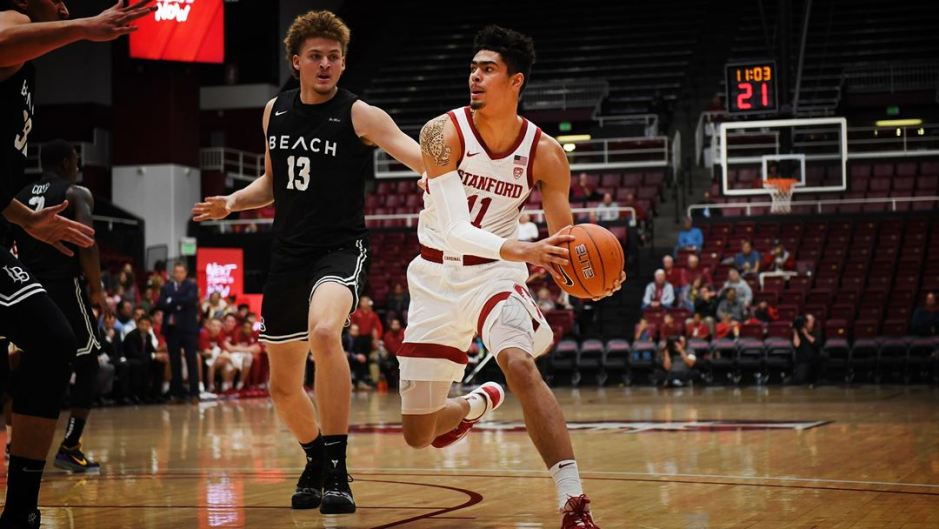 Stanford men’s basketball is off to its best start in three years. The Cardinal won their third game to open the season on Tuesday, defeating Long Beach State 86-58 at Maples Pavilion.

Max De Geest was the 49ers’ top scorer with 13 points, followed by Jordan Griffin with 12.

The Cardinal (3-0) began pulling away after a media timeout in the first half, and built a 21-point lead at 4:43 of the half. Terry’s layup 17 seconds before halftime put Stanford up 47-22, taking advantage of 12 49er turnovers.

In attendance on the media side was Mike Montgomery, who served as color analyst for the Pac-12 Network telecast. Montgomery played for Long Beach State in the 1960s and coached Stanford for 18 seasons. He’s in the Athletic Hall of Fame for both schools.

Stanford hosts Santa Clara on Saturday night, then plays its first road game of the season at the Hall of Fame Classic in Kansas City on Nov. 25.