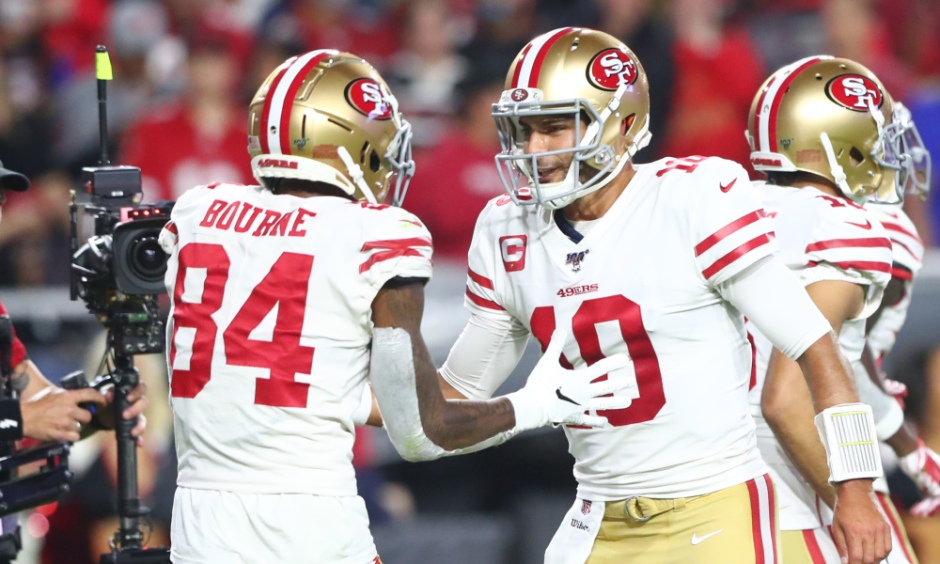 On the San Francisco 49ers podcast with Joe Lami:

#1 San Francisco 49ers quarterback Jimmy Garoppolo is working that magic again. He had command of his passes and was able to be mobile and get his passes where he wanted them to.

#2 The 49ers were able to hold onto the lead, despite the Arizona Cardinal trying to play catch up in the second half.

#4 The key play for the Cardinals in the second half was when quarterback Kyler Murray threw an 88-yard touchdown to receiver Andy Isabella. Also, Murray threw for 241 yards going 17-24 and nearly caught up with the 49ers.

#5 The 49ers head to home to host the Seattle Seahawks for Monday Night Football on ESPN at Levi’s Stadium. How do you size this one up?

Joe Lami is your host for the 49ers podcasts each Friday at http://www.sportsradioservice.com