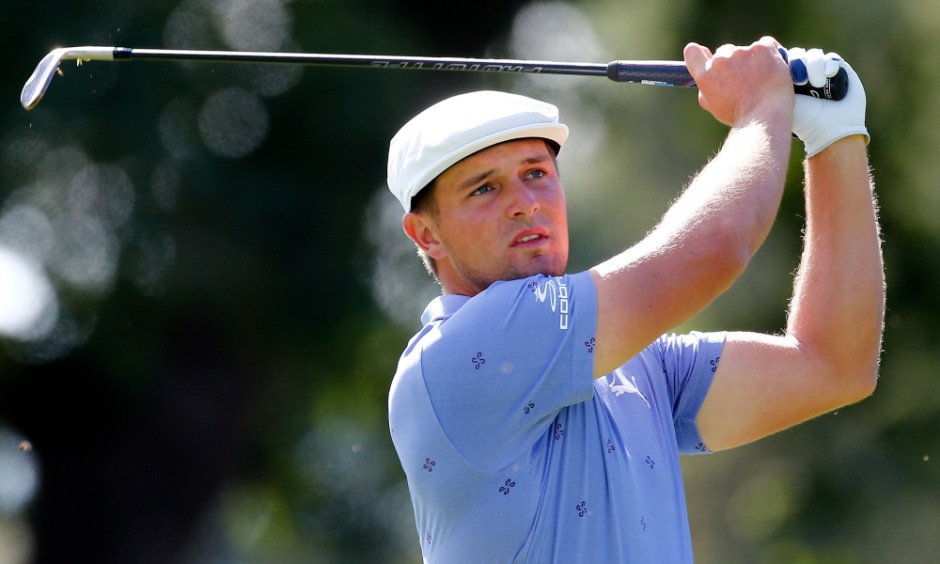 NAPA–The Safeway Open is being held in Northern California, so it’s only fitting that two guys who grew up in the region are in the top two spots as the tournament heads into the weekend.

Bryson DeChambeau shot into the lead with an eight-under round of 64 on Friday. A native of Clovis, which is in the Fresno area, the 26-year-old started off hot and did not really let up the rest of the way. Starting on the 10th hole, he began by birdieing the first three holes in a row and would pick up two more shots on his first nine.

He would go on to birdie three more holes on the second nine and did not record a single bogey in the entire second round.

“Well, I made a couple good putts, that was obviously awesome, and I struck it lot better than I did yesterday,” DeChambeau said. “I scrapped it around, I got it in at four-under, and then I knew today if I could go work on my swing like I did yesterday and come out and feel comfortable like I did today, I’d come out and shoot a low number.”

Meanwhile, Nick Watney, who currently lives in Las Vegas but grew up in nearby Dixon, fired a seven-under round of 65 to vault himself into second place, only two strokes behind DeChambeau. He birdied his first two holes and would birdie two more holes on the front nine but dropped a shot with a bogey at the par-four eighth.

Watney recovered very nicely and finished with quite a flourish. He birdied holes 14 through 16, and he closed things out with a chip-in birdie at the par-five 18th hole.

“It was pretty smooth,” Watney said. “It was kind of like this course, if you keep it in front of you, you’ve got a chance to shoot a good score, so I’m happy with the day.”

However, Friday wasn’t all smiles. Tony Romo, who shot a two-under round of 70 on Thursday to give himself a chance, he shot a six-over 78, which was marred by six bogeys on the front nine and led the way to his missing the cut.

“(I) didn’t hit many fairways today,” Romo said. “With the firmness of the greens, it’s just difficult when you put yourself in some of the spots I was.

“I didn’t putt well. Started (with) three three-putts, I think, on the first eight holes. Kind of gets you a little antsy as far as trying to get some of them back.”