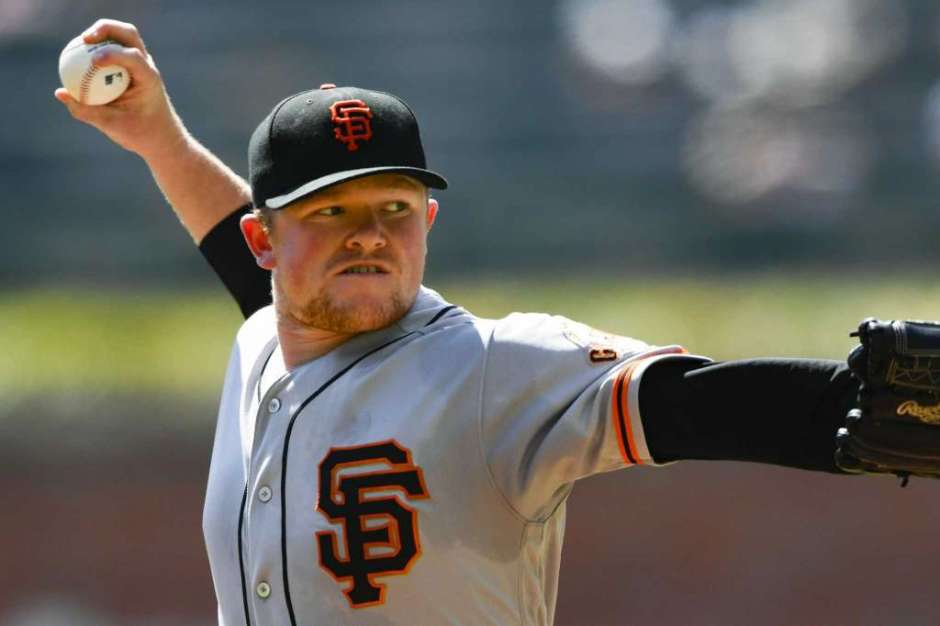 photo from sfgate.com: San Francisco Giants’ Logan Webb pitches against the Atlanta Braves during the first inning of a baseball game Sunday, Sept. 22, 2019, in Atlanta.

#1 The Giants avoided getting swept by the Atlanta Braves in Cobb County Sunday with a 4-1 win. The Giants added two runs in the top of the sixth. Joey Rickard doubled on a line drive to Nick Markakis. Both Evan Longoria and Kevin Pillar scored on the play. San Francisco snatched a 3-0 lead.

#2 The Giants’ away record was better than their home record away they were 42-39 and home 33-42. The bulk of the Giants’ road success came after the July 31st trade deadline and in August when they hit a speed bump and lost momentum.

#3 For San Francisco Giants manager Bruce Bochy, it was his final road game managing.  Bochy notched his 2,000 win of his career when the Giants were in Boston prior to coming to play the Braves.

#4 One of the biggest highlights on the trip was the home run hit by Mike Yastrzemski in Boston Tuesday night, which drew a standing ovation from the Boston crowd — kind of like their own homage indirectly for Mike’s grandfather Carl.

#5 The Giants conclude the 2019 season at Oracle Park on the homestand. The Giants will open against the Colorado Rockies on Tuesday night for three games and finish the season with the Los Angeles Dodgers for three starting on Friday night. Starting for Colorado, Jeff Hoffman (2-6, 2.71 ERA), and for the Giants, Madison Bumgarner (9-9, 3.86 ERA).

Morris did the Giants podcasts each Monday during the 2019 Giants season and will begin Cal Bears podcasting next Monday, September 30th at http://www.sportsradioservice.com