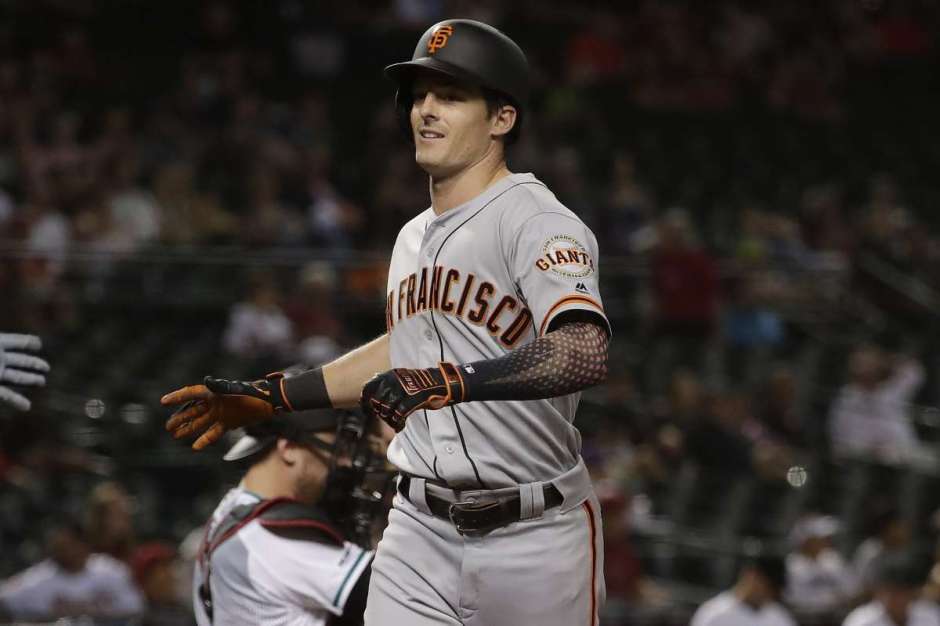 #1 Whose got to be more excited about Giants outfielder Mike Yastrzemski playing at Fenway Park? Starting on Tuesday night, Yastrzemski, his grandfather former Boston Red Sox Carl Yastrzemski or our very own MLB analyst Bill Gould?

#2 On Sunday against the Miami Marlins, Yastrzemski scored on a diving head first slide to score one of the Giants’ two runs, which was enough to get by the Marlins 2-1. Yaz is having a rookie season hitting .265, 56 runs, 87 hits, and 51 RBIs.

#3 Giants starter Johnny Cueto pitched five innings of shutout ball and gave up three hits in the win. The Giants had five pitchers come into relieve after Cueto left and they combined to hold off the Marlins to just one run.

#4 This is kind of a special series besides of the reunion of grandfather and grandson Yastrzemski. The Giants, who do not play at Fenway except for every three years. This is a special place for them to return to since it doesn’t happen often to come to a historical place like Fenway.

#5 This will be Giants manager Bruce Bochy’s last road trip as manager. The Giants conclude their 2019 road schedule in Boston and then to Atlanta. Pablo Sandoval, who was a Red Sox but not on this trip, wouldn’t quite expect the same reception Yaz will.

Morris Phillips does the Giants podcast each Sunday at http://www.sportsradioservice.com