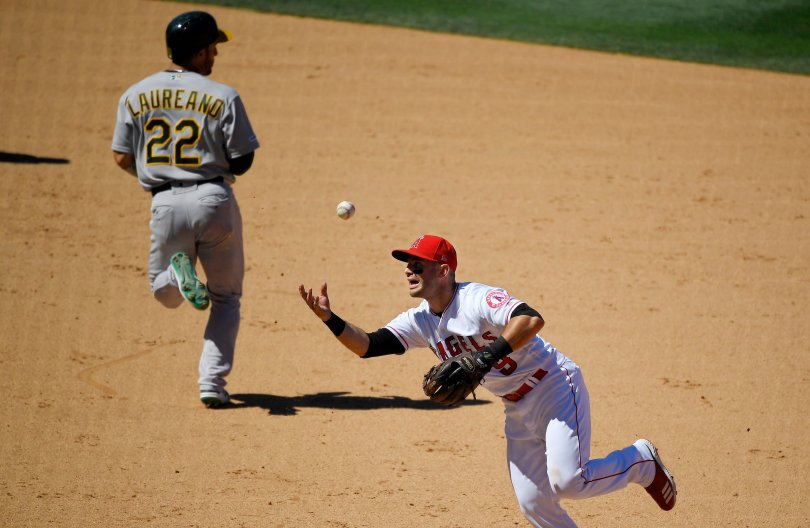 The A’s have their best record of the season to date, now can they sustain their success?

Oakland stymied the Angels for the second day in a row, slugging their way to a 12-3 win to capture three of the four-game set in Angel Stadium of Anaheim, giving the A’s a statement weekend in the AL Wild Card chase.

But the A’s finished the series without Khris Davis and Stephen Piscotty, and continue to operate without closer Blake Treinen as well as suspended, staff ace Frankie Montas. In 14 of their next 22 games, they’ll face the first-place Astros and Twins, as well as the Rangers, currently in possession of the second wild card spot.

Given the adversity and the upcoming schedule, can the A’s continue their ascent? Sunday’s winning pitcher, Chris Bassitt, thinks so.

“It’s kind of absurd that we’re even in this position,” Bassitt said. “It just shows how good this team can be when we’re all healthy.”

Baseball-Reference’s Playoff Odds says yes, in that statistics-based simulation, the A’s are favored to over take the Indians and Rangers, and capture the second wild card spot with a modest–by recent AL playoff records–88-74 record. That simulation is heavily weighted on what the A’s have done in their previous 100 games, including a partial sample of their blistering 2018 finish. If so, the A’s will qualify for the second, consecutive season and most likely end up with a much better matchup at Tampa Bay, as compared to last season’s trip to Yankee Stadium.

The biggest sign the A’s are headed in the right direction? Their performances on the road have improved dramatically. They started the season by dropping 15 of their first 20 road contests. Since then, they’re 17-5 when traveling.