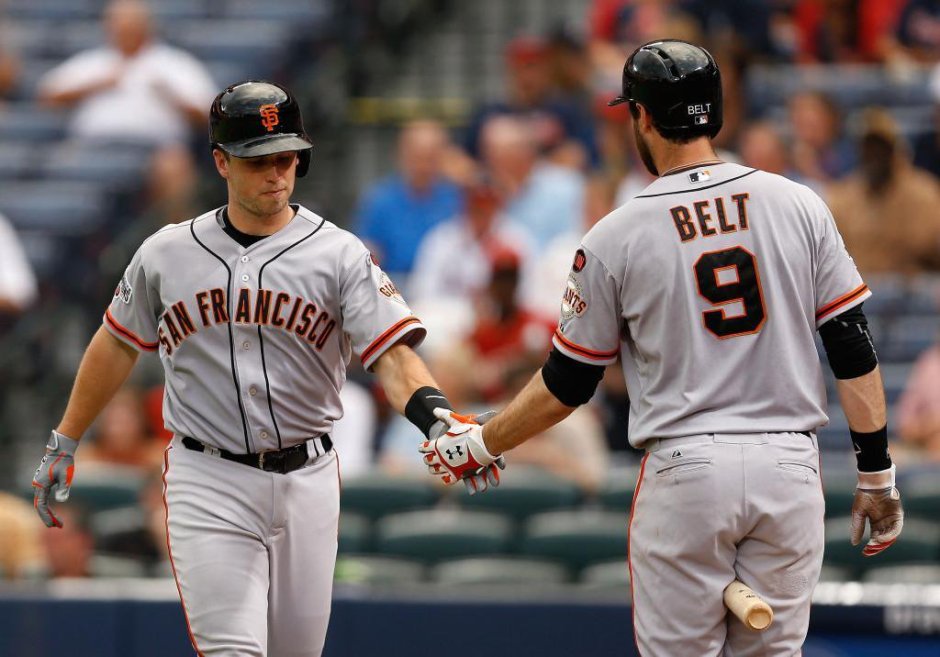 #1 Giants manager Bruce Bochy said he kept first baseman Brandon Belt out of the lineup due to his inflamed knee Bochy says Belt is listed as day-to-day.

#2 Belt has had two knee surgeries. He went 0-3 with a walk on Tuesday night against the Toronto Blue Jays. Did his 0-for-3 have something to do with his knee being inflamed?

#3 The bobblehead for Pablo Sandoval reads “Let Pablo pitch” but someday the bobblehead for Giants pitcher Shaun Anderson will read “Let Shaun hit” because two hits in his first MLB game and some solid hitting would make only teammate Madison Bumgarner proud.

#4 Buster Posey is expected to be in the lineup on Friday night to open up the series with the Arizona Diamondbacks. He was out with a concussion for seven days. How cautious will the Giants and Posey be about his return?

#5 Giants pitcher Johnny Cueto is doing a 40-pitch bullpen session as he catches up with the team in Arizona. Bochy said he’s not sure if Cueto will be back this season after having Tommy John surgery, but he wants to see how and where Cueto is at in these bullpen sessions.

Join Miguel for the Giants podcasts each Friday at http://www.sportsradioservice.com