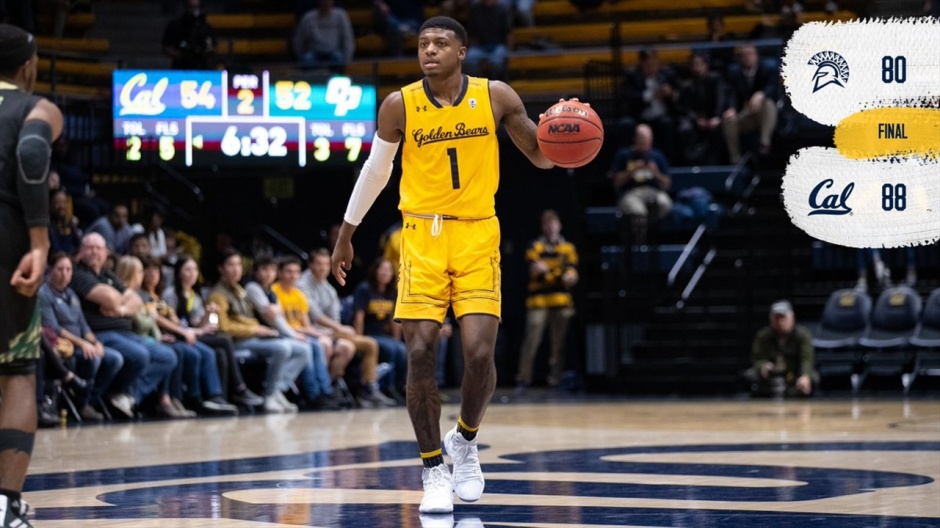 bearinsider.com photo: Darius McNeil of the Cal Bears brings the ball up court against the San Jose State Spartans last Friday night at Haas Pavilion in a eight point win for Cal

#1 Cal (5-6) got a 88-80 eight-point win over the visiting San Jose Spartans (3-8) on Friday night at Haas Pavilion. Is this a measuring stick for both teams that they’re rebuilding and both have improved?

#2 The Bears’ Darius McNeil led with 22 points. It was his season-high. Morris talks about the kind of season that he’s having.

#3 Andre Kelly finished second in scoring with 21 points and 10 assists. Morris talks about his efforts this season.

#5 Cal’s next game is at Haas Pavilion against the Seattle Redhawks (11-3) in Berkeley at 5 pm on December 29th. Morris tells us a little of this up and coming game.

Morris Phillips does the Cal Bears podcasts each Monday at http://www.sportsradioservice.com