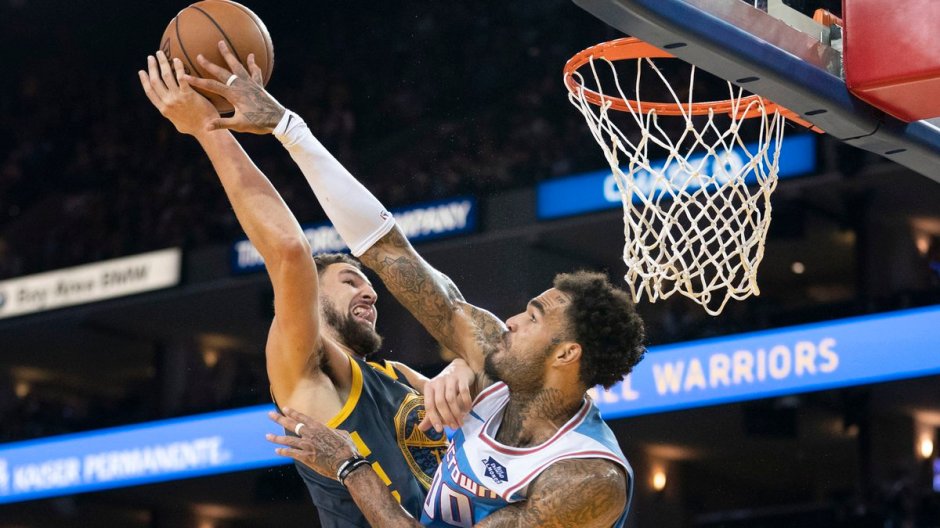 Last season–if this reporter were to tell you that the Sacramento Kings had a chance to beat the Golden State Warriors on the road with 0.03 seconds to go in the game–you would call that reporter a delusional liar. Yet, on Saturday night in Oakland, that was exactly the situation that existed for the Kings.

Buddy Hield drove to the bucket and attempted a layup that did not drop. Marvin Bagley III attempted to tip the ball back into the basket but it wedged between the hoop and the backboard setting up a jump ball scenario.

The Kings controlled the jump ball and immediately called a timeout with 0.03 remaining on the clock. Sacramento inbounded the ball but it was tipped by a Warriors defender and the game ended with the ball loose on the floor. The Warriors won the game 117-116.

The critics will be quick to point out that Steph Curry was not available to play for the Warriors, and that is true. But in seasons past, Curry, Durant, and Thompson could have been on the bench and the Kings would have had no chance to win the game.

On Saturday night, the Warriors were missing Curry but had all of their other stars and the Kings gave the NBA Champs a run for their money. The outcome of this contest was still unknown with just 0.03 seconds to go in the game.

Hield was the man for SAC on Saturday night

Buddy Hield was the star of the game for the Kings versus the Kings on Saturday night. Hield led the Kings in scoring with 28 points. He shot 12-for-21 from the field and 4-for-6 from behind the arc. Hield also grabbed seven rebounds, posted three assists and had a blocked shot in the game.

MBIII Double-Double
Marvin Bagley III came off the bench to score 20 points and pull down 17 rebounds in just under 34-minutes of playing time. MBIII hit 7-of-15 shots from the field. He also converted 6-of-8 opportunities from the charity stripe. Bagley also had two assists in the contest.

Swipa the Fox
De’Aaron Fox struggled in this game and yet contributed at the same time. Fox played almost 34-minutes but scored just nine points. Fox also had nine assists in the game.

The Kings cannot win with Fox having just nine points and nine rebounds in a game.

Bogdan Bogdanovic put up 10 points and added two rebounds versus the top team in the NBA, “Bogi” saw his toughest minutes on the floor since coming off the disabled list to start the season.

Two important bench performances
Justin Jackson came off the bench to have a very productive game for the Kings. Jackson scored 12 points in just 20 minutes on the floor. He went 4-for-8 from the field and hit 3-of-3 from the charity stripe in his time in the game.

Up Next
The Kings will be back in action on Sunday afternoon as they will host the Utah Jazz. The Kings beat the Jazz in Salt Lake City last Wednesday night 119-110.  The Jazz lost to the Lakers on Friday night 90-83.