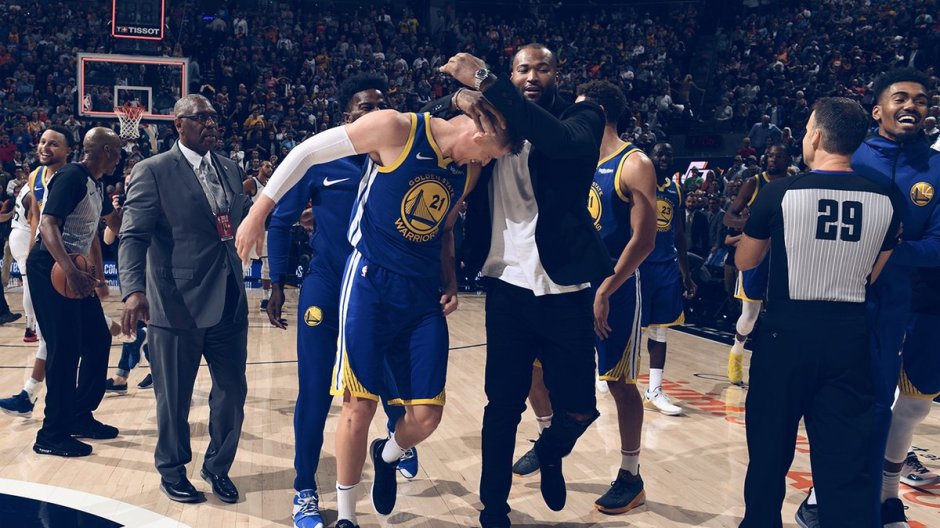 The Golden State Warriors trailed by as many as 16 points, but came back late in the fourth quarter to defeat the Utah Jazz 124-123 at Vivint Smart Home Arena on Friday night to win a thriller as time expired.

The Jazz had it all going for them in the first half as they put 81 points on the board. The first quarter was close and Utah led by two 34-32 after the first 12 minutes. Utah owned the second quarter as they outscored Golden State 47-37 and led 81-69 at the end of the first half.

When the Warriors score that many points in the first half, they are usually in command and would be cruising to a win. That was not the case Friday as the Jazz, who were behind the hot shooting of Joe Ingles, poured in 81 points. Warriors’ head coach Steve Kerr had to be dismayed by the lack of defense and must have conjured up an effective defensive strategy at halftime.

The Jazz increased the lead to 16 before the Warriors decided to shut down Utah’s offense. They held the Jazz to just 22 points in the third period and cut the deficit to six before starting the fourth quarter. Draymond Green, Kevin Durant, and Klay Thompson continued to apply defensive pressure on the Jazz. With just under six minutes to go, the Warriors took a one-point lead. The Jazz went up by five with a little over a minute. The Warriors came back and took the lead 123-122 with less than 30 seconds left in the game. The Jazz made a two-pointer with just six seconds left on the clock.

Kerr took a timeout, and the Warriors inbounded the ball from the half-court line. They got the ball to Durant, but he missed the bucket. However, Jonas Jerebko, who played for the Jazz last year, managed to tip the ball in to give the Warriors the lead with just 3/10ths of a second left on the clock. The Jazz failed to score, and the Warriors walked away with a hard-earned win 124-123.

Game Notes and Stats: Kevin Durant was the scoring star for Golden State Friday night. He knocked down 39 points and had 9 rebounds and seven assists. Also, he had one steal and two blocked shots on defense.

Steph Curry also had a big night. Curry put 31 points on the board along with four boards and eight assists. He made five 3-point shots in nine attempts.

Draymond Green almost had a double-double. He kicked in with 14 points, nine rebounds, and six assists. He, too, had one steal and two blocked shots on defense.

Jonas Jerebko, who scored the winning bucket, played well as he recorded 10 points, six rebounds, and one assist.

Kevon Looney and Damian Jones each had four, and Shaun Livingston added eight.

The Warriors gave up 81 points in the first half, but held the Jazz to just 42 in the second.

Joe Ingles led the Jazz with 27, which was a career-high for the talented Aussie.

Big man Rudy Gobert had a double-double with 16 points and 11 rebounds.

Up Next: The Warriors head to Denver to take on the Denver Nuggets on Sunday night at 5:00 pm PT on NSBA and ALT.