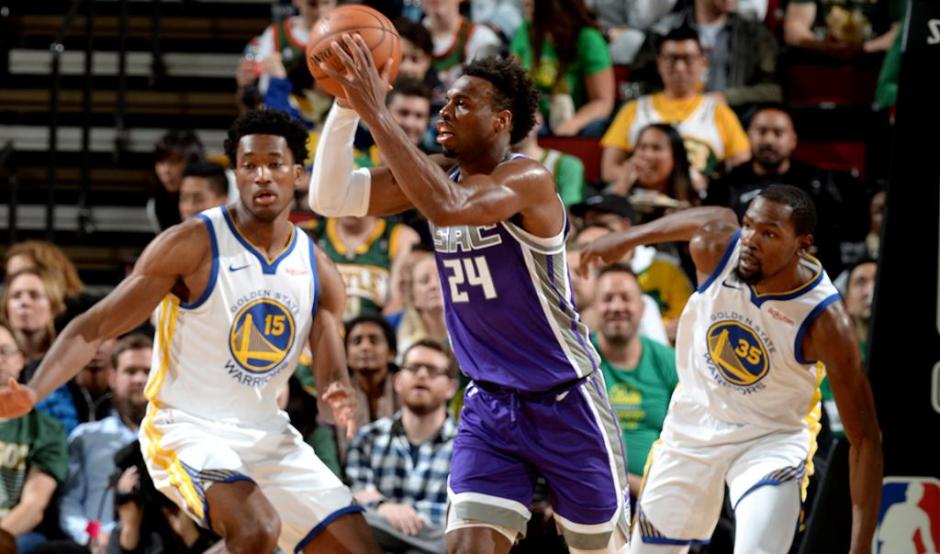 There are many things that can be said about the Kings’ 122-94 loss to the Warriors on Friday night in Seattle. It was the second game of a back-to-back schedule on the road. Sacramento went from playing “King James” and the Lakers on Thursday to having to face the World Champion Golden State Warriors on Friday night. The team didn’t even get to check into the hotel in Seattle until 3:00 AM on Friday morning.

That is a rough schedule. Welcome to the NBA, men. None of that is an excuse for losing–let alone for getting blown out and having the game’s outcome be decided by the end of the first half.

Klay Thompson was the slayer of the Kings in the game. Thompson put up 19 points on Sacramento in the first quarter. He connected on 5-of-8 shots from behind the arc. He  would finish with 30 points for the game.

Preseason games are never known for their defense but giving up 74 points in the first half is unacceptable no matter when it happens. The Warriors shot 51.6-percent (47/91) for the game. The Warriors’ 3-point shooting did slow down and they finished with a 35.5-shooting percentage.

The Kings next practice will no doubt emphasize the defensive elements of the game.

How did they perform?

The Kings will return to action on Monday night in Sacramento when they will play their annual preseason game with Maccabi Haifa. That game is scheduled for a 7:00 PM tipoff.