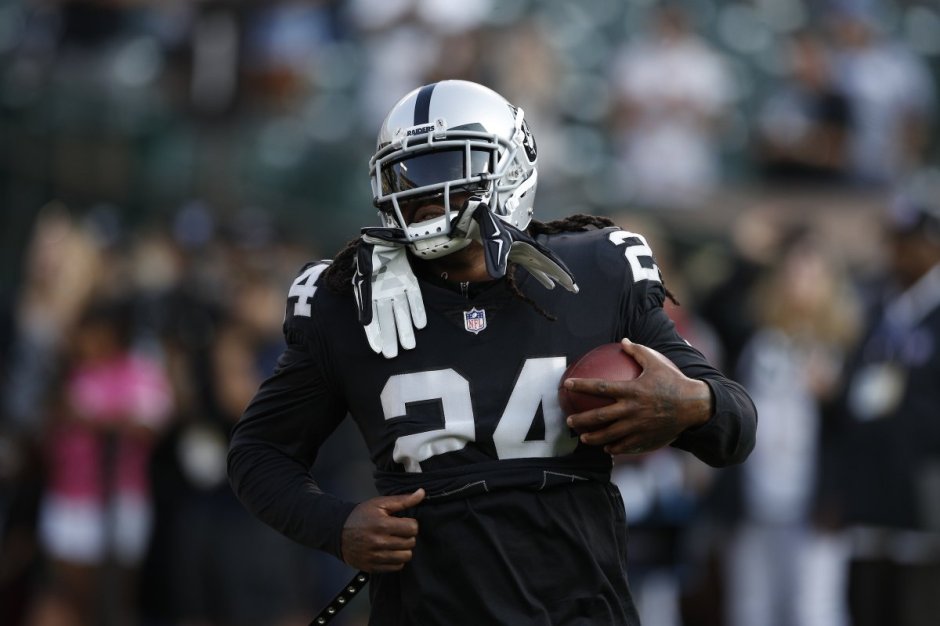 OAKLAND, Calif. — Football was back at the Coliseum Friday night as the Oakland Raiders began the second stint of the Jon Gruden era against the visiting Detroit Lions in the 2018 preseason opener for both teams.

Check out five things that stood out to me from Oakland’s 16-10 win over Detroit.

Welcome back Gruden!
Is it 1998 because I sworn that was Jon Gruden on a Raider sideline?

Gruden, sporting his traditional Raiders visor, returned to the Raiders after spending the last nine years in the booth as a color analyst on Monday Night Football, reintegrated himself to Raider Nation by visiting the “Black Hole” prior to kickoff.

“It was awesome. I saw recognizable faces…saw some old friends,” said Gruden after the game.

Like I said all along, this is a great responsibility and the nostalgia has worn off and we got to do something with the opportunity, but great to see to the Raider fans and they stayed with us to the end I appreciate it.”

Clearly, the game didn’t look like it passed Gruden by on Friday night as the Raiders racked up 345 yards offensively against the Lions, but penalties were an issue for the Silver and Black who accumulated nine for 75 yards on the night.

“Beast Mode” is ready for the season.
As expected, Oakland’s first-team offense played one series but Raider Nation got a glimpse of running back Marshawn Lynch who looked in midseason form. On his first carry of the game, Lynch took the hand-off from quarterback Derek Carr and ran down the Raiders’ sideline for a 60-yard touchdown before it was called back by a holding call by rookie left tackle Kolton Miller.

Connor Cook should be Derek Carr’s primary backup.
Cook took over for Carr after Oakland’s first-team offense was forced to punt on their opening drive of the game and led the Raiders to a 13-7 lead at halftime. The third-year quarterback out of Michigan State finished the game completing 11-of-19 passes for 141 yards and a touchdown.

“He did some good things,” said Gruden of Cook. “There’s still a couple of things decision-wise I think he needs to correct, but he moved the football, he put points on the board, and I like the two-minute drill at the end of the half.”

Veteran quarterback EJ Manuel played in the second half but didn’t look good, driving the Raiders to the Lions’ six-yard line before fumbling the snap allowing Detroit to recover the football at their own seven-yard line.

Detroit drove down the field and added a 24-yard field goal by kicker Ryan Santoso to pull closer to Oakland, 13-10 early in the fourth quarter.

Manuel finished the game 4-of-6 for 46 yards, is listed third on the team’s depth chart behind Cook in training camp and heading into next Saturday’s game against the Rams in Los Angeles, that shouldn’t change.

P.J. Hall was impressive, Kolton Miller was not.
OK, it was just one preseason game, but rookie nose tackle P.J. Hall had an impressive showing Friday night, recording one sack and a batted pass on his first two NFL Series. The Sam Houston State product had 14 blocked kicks in his career for the Bearkats.

Miller started at left tackle in place of Donald Penn, who is currently on the physically unable to perform list (PUP),  appeared to be shell-shocked at the speed of the game in the NFL. His holding penalty on the team’s opening drive negated a 60-yard touchdown run by Marshawn Lynch.

Raiders stay healthy, sort of.
Cornerbacks Antonio Hamilton (ankle) and Dexter McDonald (hand) were the only players appeared injured in the game.

Hamilton limped off the field twice in the second half, while McDonald was seen shaking his left hand in the second quarter while attempting to make a tackle.