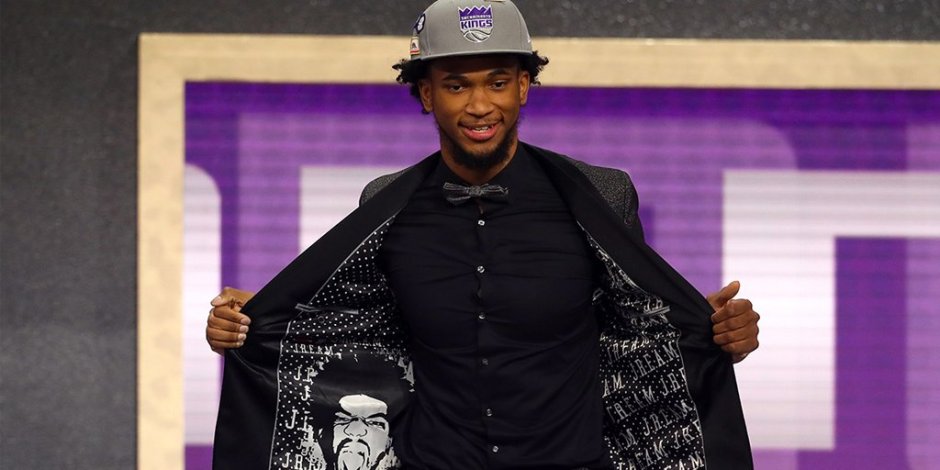 The Sacramento Kings did not go off script on Thursday in the 2018 NBA Draft. When it was time for them to make the number two overall selection in the draft, the Kings wasted no time taking power forward Marvin Bagley III, a freshman from Duke. At 6-foot-11 and 234 pounds, Bagley is the prototype of the new big man in the NBA.

Bagley was a 2017-18 consensus First Team All-American. He was named NABC National Freshman of the Year and NABC Pete Newell Big Man of the Year. Bagley was named to the All-ACC Academic Team.

“I’m just too excited right now,” Bagley said after being selected by the Kings. “I can’t even describe the feeling I’m feeling right now. A lot of emotions running through me, seeing my family out there, happy for me, and friends that came. This has been great.”

“I’m super excited to get started with this franchise and keep it going and keep building,” said the newest member of the Sacramento Kings.

Vlade Divac on his new player

Now hear it from #theman himself – #SacramentoProud VP/GM Vlade Divac answers the questions as to why #sacramentokings selected Marvin Bagley III of #DukeMBB over all the others. Divac didn’t seem to have any doubts that #SacKings made the right choice in #NBADraft2018. #NBA pic.twitter.com/RbssxvaBdc

Who does Bagley compare to?

The experts say Bagley III is very comparable to Amar’e Stoudemire. He can run the floor, do damage at the basket and struggles on defense.

The Kings drafted Duke guard Gary Trent Jr. with the number 37 overall pick in the draft and within five minutes traded him to Portland for two future second-round draft selections.