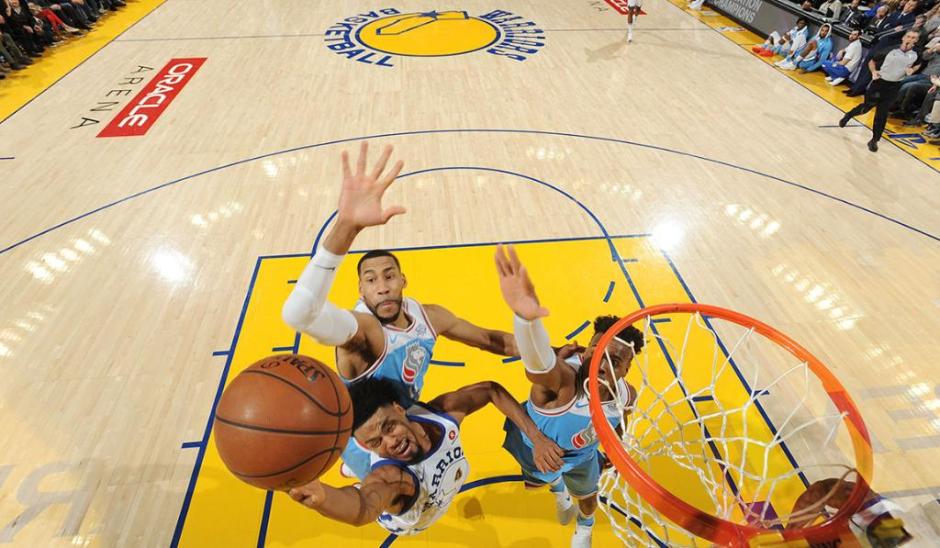 The Sacramento Kings won in Oakland for the second time this season as they defeated the World Champion Golden State Warriors 98-93 on Friday night. Yes, the Warriors were shorthanded as Steph Curry, Klay Thompson and Kevin Durant were all on the bench in street clothes due to injury but that is exactly when a team must take advantage of an opponent. “Kick ’em when they’re down” is the motto of successful teams.

The Golden State bench is also better than many of the starting lineups for non-playoff teams in the NBA. A team does not win a championship without having a very strong second unit and bench. The Warriors certainly meet those requirements.

Two Kings players who did not have terrific performances early in the contest came up big late in the game. De’Aaron Fox scored four of his six points in the final two minutes and forty-seconds of the game. Willie Cauley-Stein took a charge and then blocked a 3-point attempt by Nick Young that led to a game punctuating slam dunk that would seal the win for Sacramento.

SAC will be back in action tomorrow night in Salt Lake City as they face the Utah Jazz in back end of of back-to-back road set. Ricky Rubio will not play after being injured in the Suns game on Thursday. They will have to face former King and Reno Big Horn David Stockton who has been signed by the Jazz to a 10-day contract.

GSW will also complete a back-to-back set on Saturday night in Phoenix versus the Suns. The Warriors are hoping that their game will not be as physical as the Suns versus the Jazz game was on Thursday night.