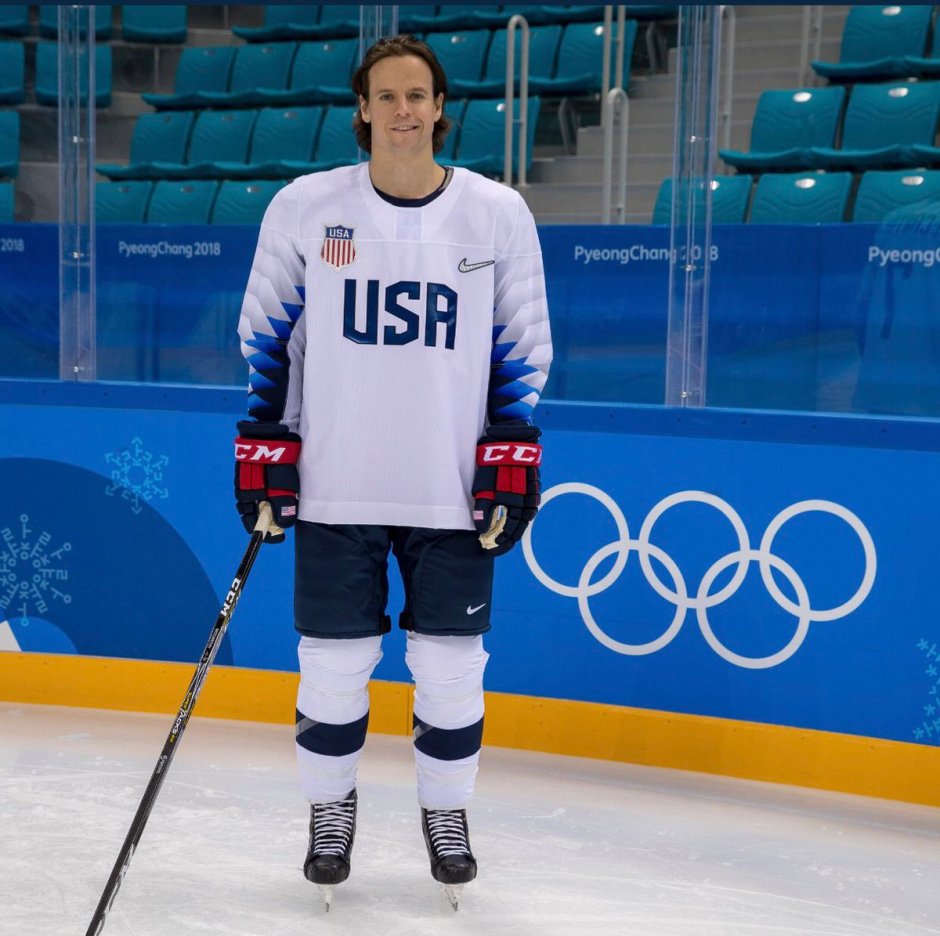 The 2018 Pyeongchang Olympics is the first since 1994 that the NHL did not send their players to participate in at the Winter Olympics. For Team USA it is a group made up of college and minor league players that will compete in South Korea with the hopes of winning a gold medal for the first time since the Miracle on Ice team accomplished that feat back in 1980 in Lake Placid, New York.One of the members of Team USA is John McCarthy, captain of the San Jose Barracuda. McCarthy was picked among 24 other players to represent the red, white and blue by head coach, and former San Jose Shark, Tony Granato. For McCarthy this is a chance of a lifetime for him.
“I’m really excited about it”, said the Boston, Mass native before he heading out to South Korea last Wednesday. “It’s going to be a fun experience.”
McCarthy described what the emotion was like when he received the call that he was going to be one of the 25 to represent Team USA at the Olympics.
“Yeah it was awesome, it’s really exciting. You know you dream that as a kid, so to get that phone call was awesome. Being able to tell my family, they were over the top excited for me too. So it was a very cool moment.”McCarthy didn’t get too specific on what activities he will do away from the hockey rink during his time in Pyeongchang.

When asked if he expected to be on the team, McCarthy responded by saying, “No I was surprised for sure. They (the coaches) kinda let me they were looking at me and watching my games and everything. I didn’t want to get my hopes up, didn’t want to get ahead of myself. I just took the attitude of just playing my game. If it works out, it works out and it worked out. It was a really good feeling.”

While he didn’t know what his exact role would be on the team he has had conversations with the coaches of what they expect out of him. “I think it will become a little bit clearer when we get started. I’m just really excited to be on the team.”

Team USA begins group play today at 4:10 am PST as they take on Slovenia in their first matchup in Group B. Good luck to John and the rest of Team USA as they try to bring home gold for the first time in 38 years.