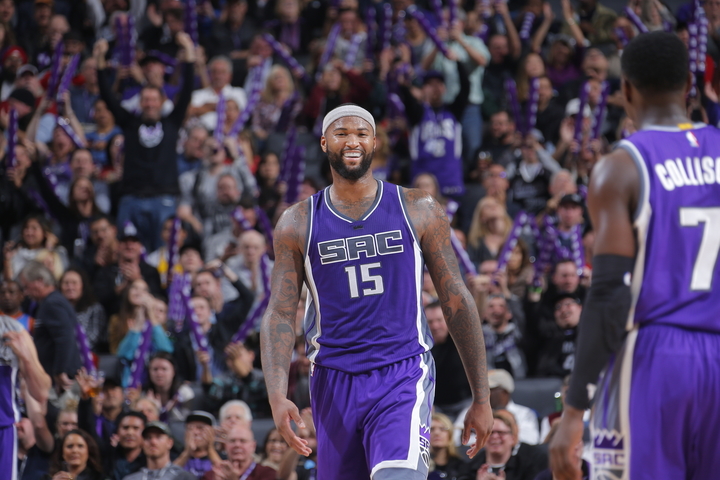 Sacramento — The NBA announced the reserve members of the 2017 Western Conference All-Star Team on Thursday and DeMarcus Cousins was named to the squad. This is the third straight season that Cousins has been selected to the All-Star team.

For the Kings star center, this has to be some welcome news in what has been a chaotic, frustrating and often disappointing season. Cousins has had to carry the team at times and now that Rudy Gay has been lost for the year, the big man they call “Boogie” is going to have the burden of carrying the team on his shoulders for the rest of the season. The recognition of his talent and production should serve as some positive motivation for Cousins.

The numbers tell the story of the selection

Cousins and Russell Westbrook are the only two players in “the association” averaging at least 28 points, 10 rebounds and four assists.

Cousins is the first Kings player to be selected to an All-Star team for three consecutive years since Peja Stojakovic was chosen as an All-Star from 2002-2004. He is the sixth player in the Sacramento era of the Kings to named as an All-Star. The other Sacramento Kings to be selected as All-Stars were Mitch Richmond (6), Chris Webber (4) and Peja Stojakovic (3). A total of 23 players have been selected as All-Stars in franchise history which includes teams playing as the Kings and Royals.

Reaction and happenings in the Tweetosphere

Make some noise for your 2017 #NBAAllStar Western Conference Reserves! 🎶 pic.twitter.com/ThrPDRGENv

Waiting for the #NBAAllStar reserves announcement on TNT like… pic.twitter.com/GzSnhHoBLC