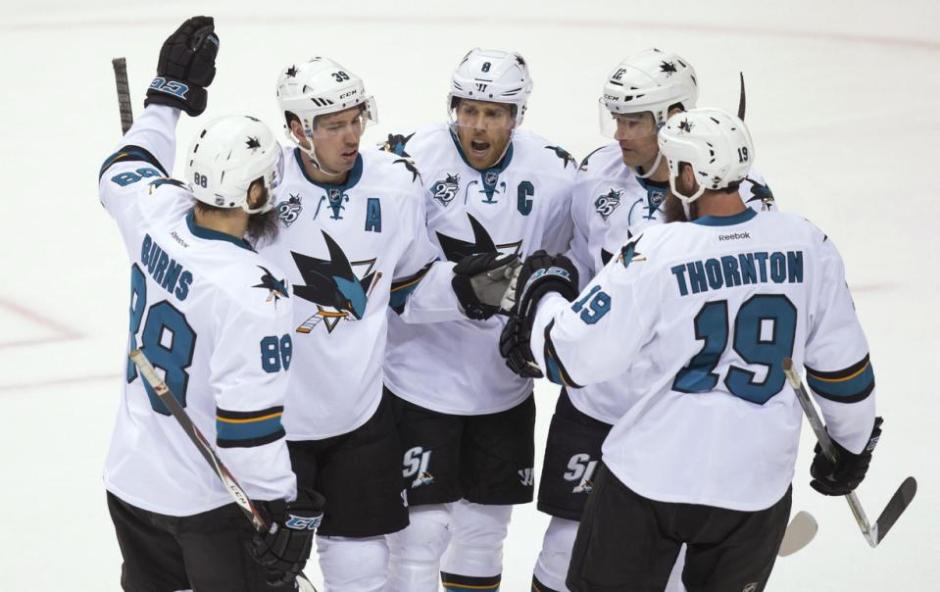 Couture varied each goal, scoring at even strength, on the power play and into an empty net. His first and last goal came at almost identical times in the second and third period.

It was the ninth straight loss for the Canucks.

The Sharks were back at it after clinching against the Kings just the night before. They picked up steam as the game went on, outshooting Vancouver 24-11 after the first period.

The Sharks had an even stronger showing to start and finish the second period.

Not too long after, at 2:01, San Jose was awarded a five minute penalty. Jake Virtanen was penalized with interference and a game misconduct. However, things went the opposite way. It started with a faceoff in the opposite end. Chris Higgins scored shorthanded as he faked a pass across during a 2-on-1 at 6:21. Roman Polak had to leave from Virtanen’s hit, but luckily was able to come back.

Couture broke the deadlock with 11 seconds left in the period. Nick Spaling got the assist. This marked the first lead after two during the season series.

San Jose got another power play at 13:00 of the third period. It became a two man advantage when Markus Granlund was called for running into goalie James Reimer. This power play went the Sharks’ way as Couture scored at 14:01, helped by Pavelski and Patrick Marleau.

Game notes: Spaling and Granlund returned to play. San Jose’s Joel Ward was out with a minor injury. The Sharks take a day off before hosting the Canucks again Thursday at 7:30pm.