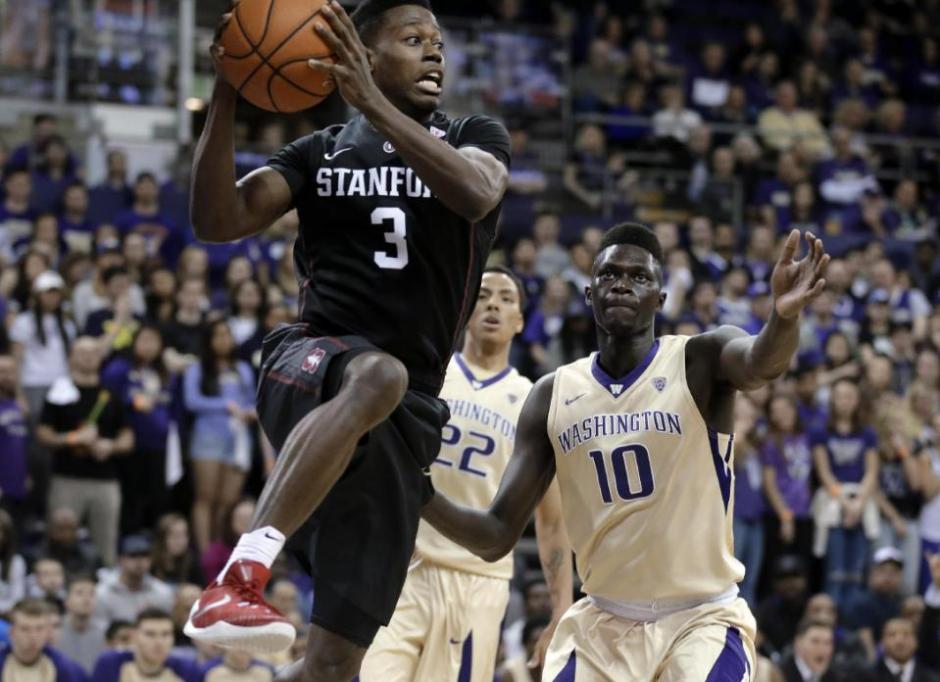 After a promising start to the Pac-12 season, the losses continued to pile up for Stanford’s basketball team as the season wound down and never got any better.

Stanford basketball team’s season came to a thudding end Wednesday afternoon, as the ninth-seeded Cardinal were pounded into submission by Washington, 91-68, in the first round of the Pac-12 tournament that took Stanford out of any hope of a miraculous run to a berth in the NCAA Tournament.

While the Cardinal head home, the eighth-seeded Huskies will now face No. 1 Oregon in the second round on Thursday.

Washington shot out to a 50-22 lead at halftime and was never threatened at all throughout the game.

Washington, meanwhile, converted on 50 percent of their field-goal attempts and held advantages in virtually every category.

This could very well be the final year for Johnny Dawkins as Stanford’s head coach. With the exception of the Cardinal’s run to the Sweet 16 of the Big Dance two years ago as well as the NIT title run two years before that, Dawkins’ tenure has been largely underwhelming.

The state of the basketball program has gotten progressively worse, and it would be hard-pressed for Stanford to have very much more patience in Dawkins, who has been on the hot seat for three years now.