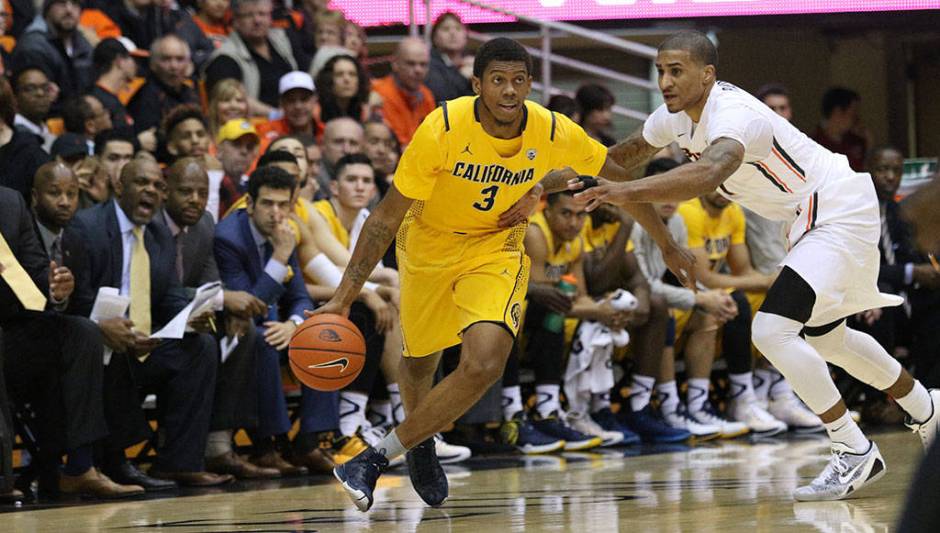 Even Gary Payton, on this evening sitting courtside at Gill Coliseum, would have a hard time describing the skillset of his son, Gary Payton II.

Other than being a great defender, it’s difficult to quantify Payton II. But just ask the California Bears: the powerful guard came up 20 points, 11 rebounds, eight assists and four steals in OSU’s 77-71 win on Saturday night over Cal. Afterwards, Coach Cuonzo Martin attempted to describe Payton II, the guy who just dropped Martin’s team to 2-2 in Pac-12 play.

“He dos a lot of things,” Martin said. “He can shoot the ball. He rarely takes bad shots. He seems like a very selfless basketball player. He gets the steals, he gets rebounds, he’s all over the place.”

“How many times did he rebound his own miss, things you can’t teach or coach. You just make them,” Gregg Gottlieb, the former Cal assistant under Mike Montgomery, now an assistant at OSU, said.

No matter how you describe Payton and his teammates, what they did was ambush the Bears, who would have never thought they would lose twice after their breakout weekend at home last week against Colorado and Utah. But that’s life in the nation’s most balanced conference, where road wins will be very difficult to come by in 2016.

For Cal, zone defenses continue to slow their developing offensive attack. The Bears shot just 39 percent in the first half, and trailed for the final 15 minutes. The Bears missed too many shots, committed too many turnovers and individually, too many guys attempted to go one-on-one.

But Cal’s biggest issues were on defense where the Beavers shot 45 percent from the field in the first half, and pulled down 15 offensive rebounds, including five by Payton II, over the course the game.

“I thought we did a poor job playing as a team in the first half, on both sides of the ball,” Martin said.

The Bears were led by Jaylen Brown with 20 points. Tyrone Wallace added 17, and Jordan Mathews had 16. But the Bears got little offensively from anyone else. The Bears, despite their depth, were outscored 42-8 by OSU’s non-starters.

Cal got little from Jabari Bird, who was 1 of 7 in 23 minutes of action, and the center combination of Kameron Rooks and Kingsley Okoroh played a combined 12 minutes and went scoreless.

Oregon State got scoring from 10 different players, and freshman reserves, Tres Tinkle and Stephen Thompson, Jr. were integral to the win. Tinkle and Thompson were OSU’s only other double-figure scorers in support of Payton II. Tinkle came up with the critical turnaround jumper with 1:13 remaining that put OSU up 73-68.

The Bears made nine consecutive shots late in the second half to dissipate OSU’s 14-point lead, but could no closer than three points down prior to Tinkle’s big shot.

The Bears continue on the road on Thursday when they visit Stanford in a meeting of teams that are 2-2 in conference play.