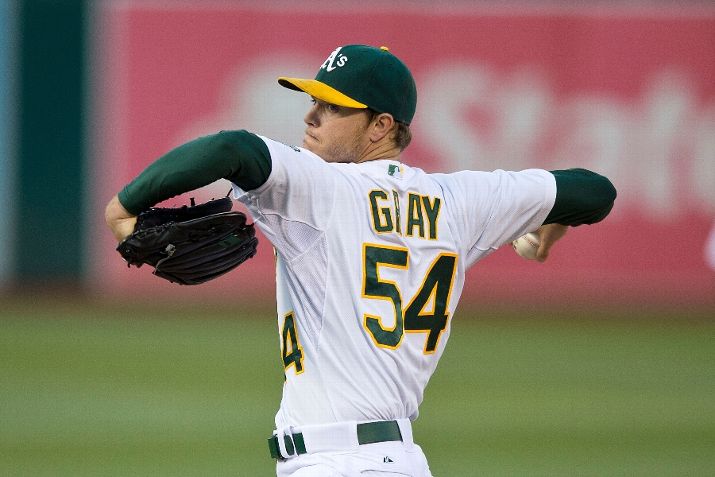 OAKLAND – Two of the best pitchers in baseball faced off tonight. The A’s Sonny Gray came in with a 11-3 record while the Astros had Dallas Keuchel throwing with a 13-5 record. Everyone knew this would be a pitchers duel and they weren’t wrong.

In the game that lasted a little over two hours Gray (12-4) tossed a complete game and only gave up five hits, one earned run and struck out five.

Catcher Josh Phegley said, “It’s the same every time. He’s pretty consistent. He uses his fastball to challenge every hitter and keeps them off balance with his slider. He’s out to prove he’s one of the best pitchers in the American League and he does it time and time again.”

“I’m not really pitching against the other pitcher,” said Gray. “It’s the other team, their lineup. I just challenged them a lot with my fastball. Just trying to make them put the ball in play as quick as possible.”

New guy Danny Valencia, in only his second game with the A’s had a great game tonight. He walked in the first, hit a solo homer in the third and singled in the fifth.

Oakland earned a run in the second after three straight singles and a sac fly by Billy Burns to drive home Phegley. In the fifth inning Gray made his only real mistake of the game as he gave up a homer to Luis Valbuena but the A’s got the run back in the bottom of the inning with a Phegley ground-rule double to right to drive in Brett Lawrie.

The A’s send Jesse Chavez to the mound tomorrow against another Houston 13-game winner in Collin McHugh.