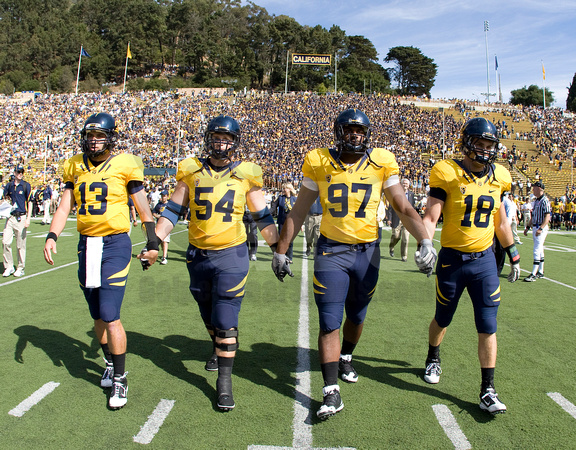 After a 41-17 loss to Washington in Seattle, the Golden Bears return to the salubrious confines of Memorial Stadium to host Arizona at the traditional Berkeley kickoff time of 12:30 p.m. on Saturday, November 2.

The visitors will come into Strawberry Canyon 5-2 on the season and 2-2 in Pac-12 play, after a 44-20 win over Colorado the previous weekend. Ka’Deem Carey rushed for four touchdowns and will be the one to watch for the battered Bear defense. He is now the leading rusher around the country. In addition, quarterback B.J. Denker ran no less than fifteen keepers for 192 yards, and will likely rival Cal coach Sonny Dykes’ vaunted “Bear Raid” offense. This despite 336 passing yards for Berkeley QB Jared Goff against the Huskies.

After the Arizona game, Cal is home again for the Joe Roth Game against USC on November 9, with kickoff time TBA. That will end the home season for the Bears, who play at Colorado on November 16 and at Stanford for the annual Big Game on November 23.